‘Avatar 2’ Has Made Over $1 Billion From 3D Screenings Alone More than 60% of tickets sold for ”The Way of Water“ have come with 3D glasses, but will that lead to reigniting the format for future movies?

Director James Cameron has pushed for moviegoers to watch “Avatar: The Way of Water” on the big screen and in 3D — as he did with its 2009 predecessor. That is the format for which it was intended. The box office numbers shows that the majority of those who have bought a ticket have listened.

According to data from Comscore and 3D format company RealD, 61% of all tickets sold worldwide for “Avatar 2” so far have been for 3D screenings, amounting to $1.16 billion in global revenue.

Become a member to read more.

But within China, where the film has grossed $224 million so far, 99% of the film’s revenue has come from 3D sales, as the novelty of seeing “Avatar” in 3D remains even fresher than in the rest of the world. While only a very small handful of Hollywood films have been released in China since the pandemic began, moviegoers there tend to be more interested in seeing those films in 3D than in other countries, and that 3D interest has also boosted some Chinese-made blockbusters like “The Wandering Earth.”

Regardless of country, it’s clear that there’s a widespread audience interest in 3D when it comes to “Avatar” that hasn’t transferred to other franchises. This past May, when Marvel Studios’ “Doctor Strange in the Multiverse of Madness” opened to $187 million domestic and $449 million worldwide, 3D’s share of that total was just 9% domestic and 11% international.

Cameron is a rare director when it comes to 3D, incorporating the format into every stage of the filmmaking process for “Avatar” and its sequels. Many Hollywood films that featured 3D in the early 2010s 3D boom that “Avatar” ignited simply added 3D in during post-production, creating a lower level of quality for the format that led most moviegoers to abandon the format over the past decade.

The question now is whether enough moviegoers will have enjoyed seeing “Avatar: The Way of Water” with glasses on to the point that they would consider watching other blockbusters in the format such as next month’s “Ant-Man and the Wasp: Quantumania.” Other films supported by RealD 3D in the coming months include Illumination’s “The Super Mario Bros. Movie,” Disney’s “The Little Mermaid” remake and Marvel’s “Guardians of the Galaxy Vol. 3” 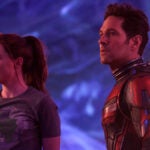 When reached for comment, RealD expressed its optimism for a resurgence in 3D sales throughout 2023.

“‘Avatar: The Way of Water’ reminded the industry just how amazing 3D can look and that moviegoers still enjoy the format and will pay the premium for a high quality 3D experience,” said Sean Spencer, VP of sales and marketing. “Just like the original ‘Avatar’ did when it was released, this film has reignited interest in the format and RealD is continually speaking with studios and filmmakers about their upcoming titles and the new creative possibilities that can be unlocked and offered to consumers.”

Even if that rebound doesn’t come, the success of “The Way of Water” ensures that Cameron’s plans to turn “Avatar” into a multi-film saga will be carried out. With three more films planned for release in 2024, 2026 and 2028, RealD is now guaranteed to have a trio of blockbusters that are viewed by fans as must-see in 3D.

Considering how out-of-fashion 3D glasses were by the end of the 2010s, that’s a very hopeful sign for the format’s future in the 2020s. 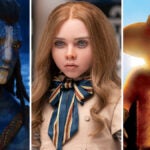