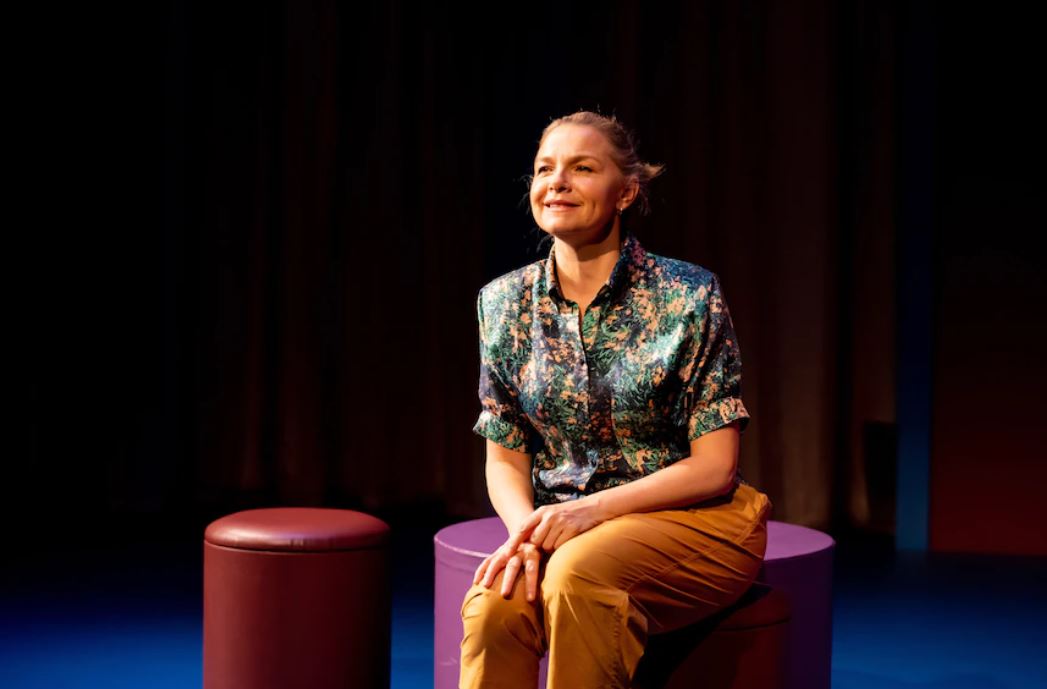 Girls & Boys is a one-woman play that had its Australian debut at the Adelaide Festival last year. The name can be deceiving given it is a rather quaint one for a story that packs a lot of punch. Across 110 minutes, we hear one woman’s story of how her picture-perfect life and marriage unraveled.

Mitchell Butel directs this play which stars Play School’s Justine Clarke. The latter is incredible playing an unnamed ‘Woman’ character in a role that has previously starred Carey Mulligan and Nikki Shiels in other productions. In much the same way that Hannah Gadsby engrossed audiences in Nanette, Clarke finds a way to make us laugh during the lighter moments and disarms us during the more dramatic turns.

Dennis Kelly who wrote the Matilda musical writes the script to Girls & Boys as one long monologue. There are moments where the writing is excellent: a woman is a witty and likeable character. We can see how she managed to win her future husband and job in the media through sheer moxie and her sparkling personality. However, there are other moments where things lose momentum and could have been tightened. This is especially the case before the large dramatic shift in proceedings.

The play is divided into shorter episodes. Clarke mimes scenes with her two children, Leanne aged seven and Danny aged four. A woman is just like any ordinary mother, holding things together and parenting her children the best way she can. These flashback scenes serve to create their bonds and offer a stark contrast for the graphic details that follow.

The set by Alisa Patterson depicts a family house fille with pastel pinks and blues set against several arches. There are moments where this feels light and airy and others where it is claustrophobic. Nigel Levings provides lighting which is a blend of brightness and shadows to match the different moods in the piece. Andrew Howard also serves up some delicate nuances in his sound design.

Girls & Boys is ultimately a play that sings from the same books as Lionel Shriver’s We Need to Talk about Kevin and Gadsby’s Nanette. It is an important play that sears itself into audiences’ hearts and minds. While it is a bit straight forward at times, this show remains a shattering one that will make us think. Ultimately this is about how a single tragedy has greater implications for society at large. Harrowing stuff.

FOUR STARS (OUT OF FIVE)

Girls & Boys plays at the Seymour Centre until January 15. For more information and tickets head HERE.

More to Explore on the AU: