The oldest of the seven wonders of the world, the Great Pyramid of Giza, can now be seen via a 3D digital tour. 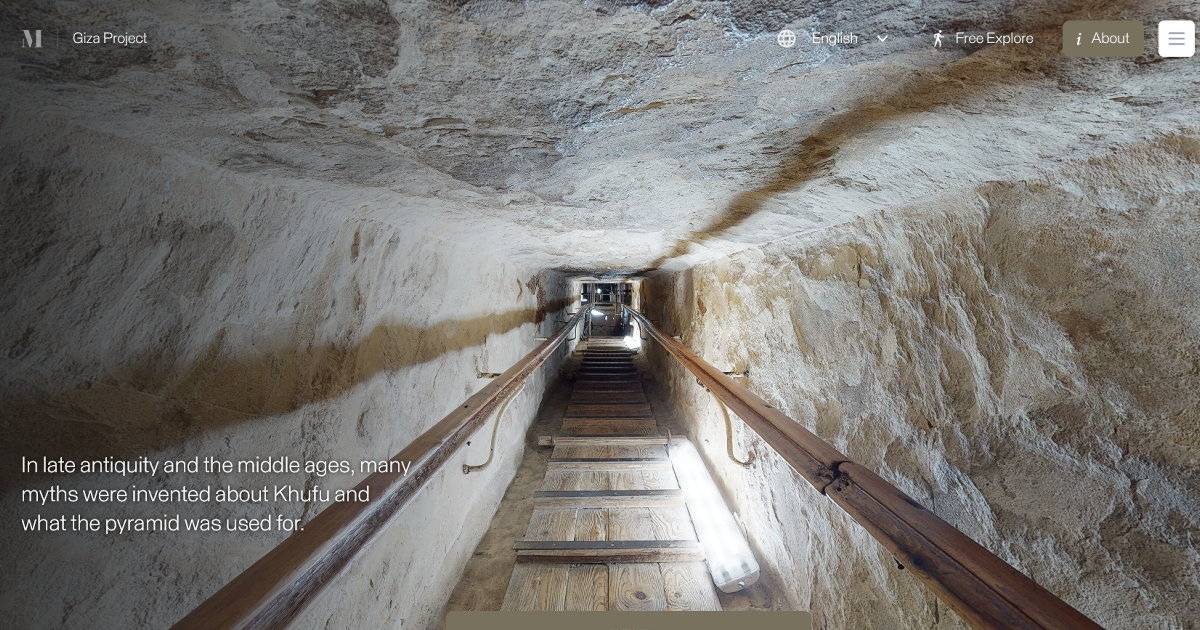 Also known as Khufu Pyramid because it holds the tomb of Fourth Dynasty pharaoh Khufu, the Great Pyramid of Giza was built around 2550 BC and is the largest of the Egyptian pyramids. Researchers photographed the pyramid’s three main chambers that were used to create the virtual tour.

The simulated journey begins by entering a tunnel said to have been dug by robbers in 820 CE. Visitors can then explore the King’s chamber at the top of the pyramid, the Queen’s chamber in the middle, and the subterranean chamber.

Thanks to Harvard University, you can now virtually enter the Great Pyramid of Giza in 3D and 360º pic.twitter.com/7ZYVanpZuu

The story of how this pyramid was built is arguably as fascinating as the tour itself. It was constructed with approximately 2.3 million stone blocks, each weighing on average between 2.5 to 15 tons. Originally thought to have been built by slaves, research conducted in the 1990s suggests it was the work of paid laborers.

Remains found in mud-brick graves showed those in the tombs ate a diet rich in meat. These were likely the tombs of workers, as slaves would not have access to meat. The remains also showed signs of medical treatment, including amputation, bone-setting, and even brain surgery.

It’s no wonder the workers required such procedures. Beyond the construction, builders had to transport 8,000 tons of granite across great distances, likely via ox and boat, then dragged on sleds.

How far we’ve come in 4,500 years – marveling at this feat of human strength and ingenuity via technology accessed from the comfort of home.