Emergent3D Has Made 3D Printed Fire Resistant Houses in California 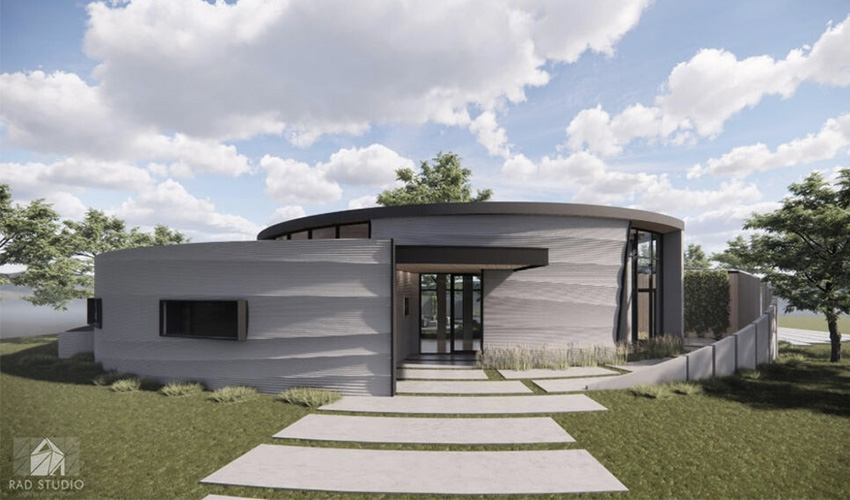 The West Coast of the United States, especially in the state of California, is unfortunately known to be a land plagued by flames. In the summer of 2022, the area suffered numerous fires that caused the destruction of many homes. With global warming, the summer season causes droughts, and the high heat leads to uncontrollable fires for firefighters. The biggest fire of the year, named “McKinney”, caused the death of a number of people. However, one company in the state, Emergent3D, may have a solution.

It all started about 300 km from San Francisco, in a city called Redding. This city is surrounded by forests, and is one of the communities that are often affected by fires in the state. Per year, it experiences more than 100 fires. In 2018, Redding was affected by the “Carr” fire, where 1,100 homes were destroyed by flames, 270 of them directly in the city. To help find a solution to this, Emergent3D, an American company specializing in 3D printing, decided to make a house with concrete that was much more resistant to wildfires. 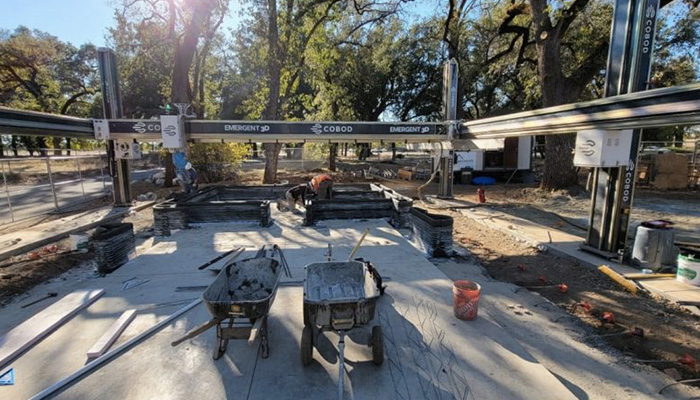 Construction of the house in the town of Redding (Photo credits: COBOD)

A Fire-Resistant Material for the Homes

But how was this done? Well, the material was manufactured using the D.fab concrete solution developed by COBOD and CEMEX, a building materials company. Meanwhile, for the construction, Emergent3D used COBOD’s BOD2 3D construction printer. The BOD2 is often used for large-scale home construction. For example, it was used to build the world’s tallest building in Saudi Arabia.

The resulting 111 square meter home has 3 bedrooms, 2 bathrooms, with large windows that look out over the back of the house. It was funded by the city of Redding to help democratize this technology. Indeed, through the use of 3D concrete printing, Emergent3D wants to also help reduce the housing crisis. This is possible because the construction process allows for faster manufacturing speeds, while limiting the use of natural resources. Founder and chief visionary of Emergent3D, Matthew Gile,  further expanded, “Our Wildfire Restoration House in Redding opens up new opportunities for fire-resilient affordable housing in Northern California. Compared to stick build, 3D concrete printing technology not only offers more durable homes but opens up for greater design possibilities and more energy and material-efficient projects.”

Emergent3D is already 3D printing a second home in the city of Redding. It will be built identically to the first house. In total, the U.S. company plans to design 7 houses with the same design. The town of Paradise, located about 100 km from Redding, will also receive a model. It is also particularly affected by fires. The California building code has approved the construction of the first house. Emergent3D will be able to work faster to finish the construction sites as soon as possible. For more information about the company, click HERE.

What do you think of this fire-resistant home in the California area Let us know in a comment below or on our LinkedIn, Facebook, and  Twitter pages! Don’t forget to sign up for our free weekly Newsletter here, the latest 3D printing news straight to your inbox! You can also find all our videos on our YouTube channel.