From Olney Avenue to the Ivy League 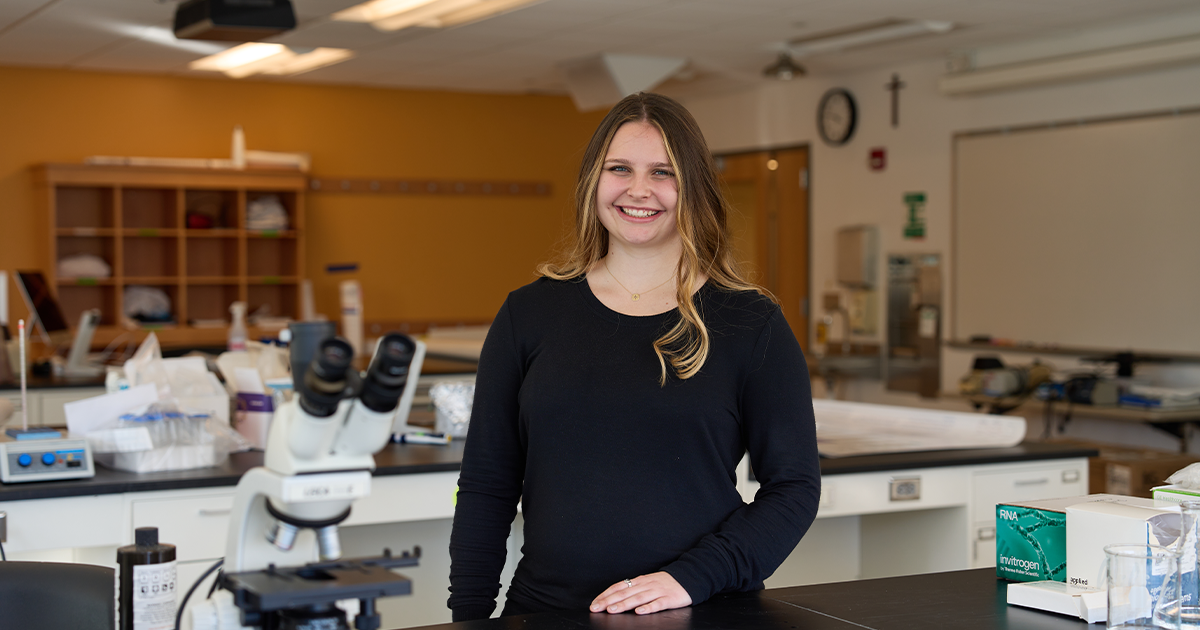 This May, Melanie Bates, ’22, will become the first graduate of an accelerated program that puts STEM majors at La Salle on a pathway toward earning a master’s degree from the University of Pennsylvania.

A lunchtime presentation was being offered, and Melanie Bates, ’22, in a moment of curiosity, said, “Why not?” So she attended. The Morrisville, Pa., native wasn’t sure what to expect. She possibly could make a professional connection. Maybe she would learn about a different STEM discipline.

Two years after that presentation, Bates is on a pathway toward earning a graduate degree from an Ivy League institution.

“I never would have thought this was available to me,” Bates said, laughing.

Bates graduated from La Salle University in 2022. A student in La Salle’s Honors Program, she earned degrees in biology, chemistry, and biochemistry. In May 2023, she will receive a master’s degree in bioengineering from the University of Pennsylvania through La Salle’s accelerated bachelor’s-to-master’s program, an academic partnership with Penn Engineering.

Bates will be the first La Salle student to complete the program, which launched in December 2020, said Stefan Samulewicz, Ph.D., associate professor and chair of biology.

“That’s incredible,” Bates said, when she was told of her place in the program’s history. “I remember hearing this presentation, with a (primary investigator) presenting his research and I just thought, ‘I know I can do this.’”

Bates inquired about and applied to the program; she was accepted and eventually enrolled.

She said she has always followed what she likes. That’s why a career path that “integrates science with helping people” is in her future. It’s also why she chose to major in two STEM fields at La Salle, marrying her passions for biology and chemistry.

Three of her courses, while she was still at La Salle, were taken at Penn and counted toward both programs. After finishing her undergraduate requirements at La Salle, Bates continued taking courses, on a full-time basis, in Fall 2022. She is studying developmental tissue engineering, focused on embryonic development and stem cell research. Another of her courses? Rehab engineering and design, within which she and classmates are studying ways to design devices to support individuals who suffer from traumatic brain injuries (or TBIs), neurodiversity, and limb amputation. 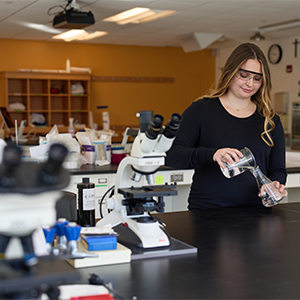 Bates is preparing her thesis, which requires work in one of Penn’s neuro-engineering research labs. There, she is studying the effects of a medication approved by the Food and Drug Administration (FDA) on concussed mice.

“There’s this phenomenon,” said Bates, “where the mice had little or no deficit as a result of the drug. This is fascinating to me, especially with the medication’s wider application to sports injuries. I am really excited about studying in this space and learning more about concussions, brain injuries, and neuroscience.”

Bates maintains curiosity in and out of the research lab. Her interests led La Salle assistant professor Denise Femia, Ph.D., to incorporate more bioinorganic chemistry topics than she typically would cover in one advanced-level course. In the lab, Bates used computer simulations to explore atmospheric chemistry and studied the neurological impact of seizures.

“The research required a steep learning curve for a first-year student, but Melanie threw herself into it with her characteristic passion for science,” said associate professor of chemistry Zeb Kramer, Ph.D., who supervised Bates’ work in the lab. “Melanie is an excellent example of the benefits La Salle has to offer in engaging students early on in their own independent undergraduate research projects.”

When La Salle announced its program alignment with Penn—believed to be the first such academic partnership between the two universities—the goal was to prepare students for careers across the science spectrum: natural science, physical science, life science, engineering, and design thinking.

Bates is one of eight students currently enrolled in the accelerated bachelor’s-to-master’s program, which Samulewicz said can be completed in as little as one additional year after graduating from La Salle.

When Bates completes the program and earns her Penn master’s degree, she isn’t sure what awaits her next. She hasn’t ruled out medical school. Possibly a career in laboratory research.

Whichever path she follows, she said, it will be as a direct result of her La Salle and Penn education.

“I never envisioned taking this path and now, here I am,” she said. “It’s unbelievable. I can’t wait to see where I go next.”