After his best friend and war buddy is mysteriously gunned down, Mike Hammer (Biff Elliot) will stop at nothing to settle the score for the man who sacrificed a limb to save his own life during combat. Along the way, Hammer rides a fine line between gumshoe and a one-man jury, staying two-steps ahead of the law—and trying not to get bumped off in the process.

At the time I, the Jury was adapted for the silver screen in 1953, Mickey Spillane was the best-selling mystery writer in the world. Capitalizing on Spillane’s acclaim, producer Victor Saville bought the rights to Jury and tapped screenwriter Harry Essex (Kansas City Confidential) to both write and direct. Saville also secured the services of cinematographer John Alton (Raw Deal, T-Men)—the master of light and shadows—to lense this iconic film noir and famed composer Franz Waxman (Sunset Boulevard, A Place in the Sun) to produce the score.

For thoughts on I, The Jury, please check out our discussion on The Video Attic:

*Note: This release of I, The Jury includes a 3-D version on the provided Blu-Ray alongside the 2-D version. Unfortunately, I do not have the appropriate equipment to review this portion of the disc. Apologies for any inconvenience.

I, The Jury appears on 4K UHD Blu-Ray courtesy of ClassicFlix with a restoration from the UCLA Film and Television Archive in collaboration with PKL Pictures and Romulus Films. Laboratory. This 2160p presentation is quite excellent even without HDR implementation to further differentiate it from its Blu-Ray counterpart. While both of these presentations offer a similar amount of visual wonder, the 4K does appear as if it eeks out a touch more fine detail. This presentation is simply a marvel. The black and white cinematography is gorgeous with smooth gradients and subtle textures. The contrast can verge on being too harsh, but it remains stable and provides grand improvements in sharpness.

The transfer does its best to eradicate any dust specks or print damage that previously plagued any previous elements. This picture showcases some excellent depth to the image which gives way to a pleasing sense of scale within the setting. This transfer is a delightful showcase of textural details in the costumes and production design. This transfer maintains the filmic quality of the picture with fine film grain giving way to more detail than you might imagine. Black levels are appropriately deep without any pesky nuisances such as digital noise or compression artifacts. This transfer really knocks it out of the park for fans of film noir.

The 4K UHD Blu-Ray disc comes with a DTS-HD 2.0 Master Audio track in English that handles this material really well. The hardboiled dialogue is clear throughout the duration of the feature. The environmental sounds such as the milling about of detectives at the crime scene are rendered well alongside everything else. There does not seem to be any majorly noticeable instances of age-related wear and tear, although a few elements seem a bit more tenuous than others. In particular, the score from Franz Waxman that is used perfectly to establish the mood of the story sometimes feels a bit harsh at its peaks. There is never a moment where it threatens to overwhelm competing elements, and it maintains a good balance so that dialogue comes through clearly. The track does not feature constant kinetic activity, but it comes alive when it makes sense in a formidable way. ClassicFlix has done their best to provide a stable time for this. There are optional English SDH subtitles provided. 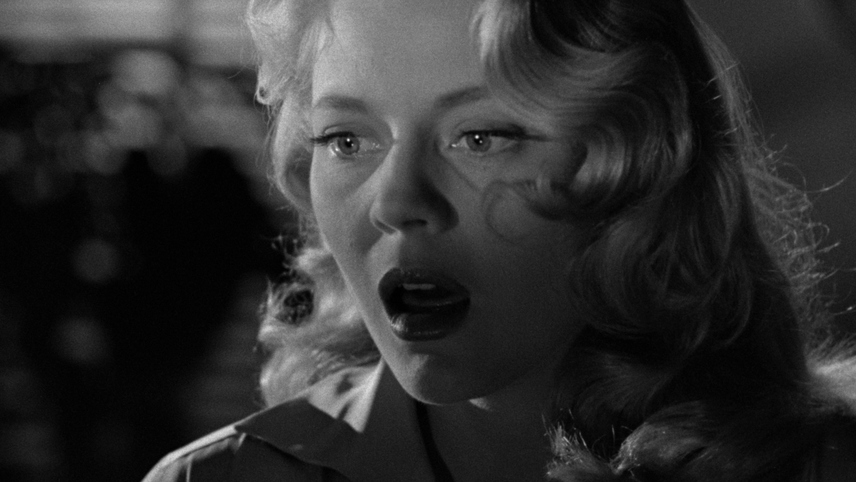 I, The Jury will not go down in history as a groundbreaking bit of film noir, but it is a very entertaining effort especially due to the groundwork laid by Mickey Spillane. The John Alton cinematography brings so much character to the production, and the decision to shoot this for a 3-D presentation is a nifty checkmark in its favor (even if this particular reviewer could not reap the benefits). The movie chugs along at a steady pace, and the ensemble delivers some solid work. ClassicFlix has released a 4K UHD/3-D/ Blu-Ray featuring a stellar A/V presentation and a pleasing assortment of special features. If you are a film noir fan, there is a lot going on that makes this a fun addition to your collection. Recommended

I, The Jury is currently available to purchase on 4K UHD/Blu-Ray/ 3-D Blu-Ray Combo Pack.

Note: Images presented in this review are not reflective of the image quality of the 4K UHD Blu-Ray.

Disclaimer: ClassicFlix has supplied a copy of this disc free of charge for review purposes. All opinions in this review are the honest reactions of the author.