Could a 3D Printed Device Be the Answer to More Powerful Cell Phones and WIFI? 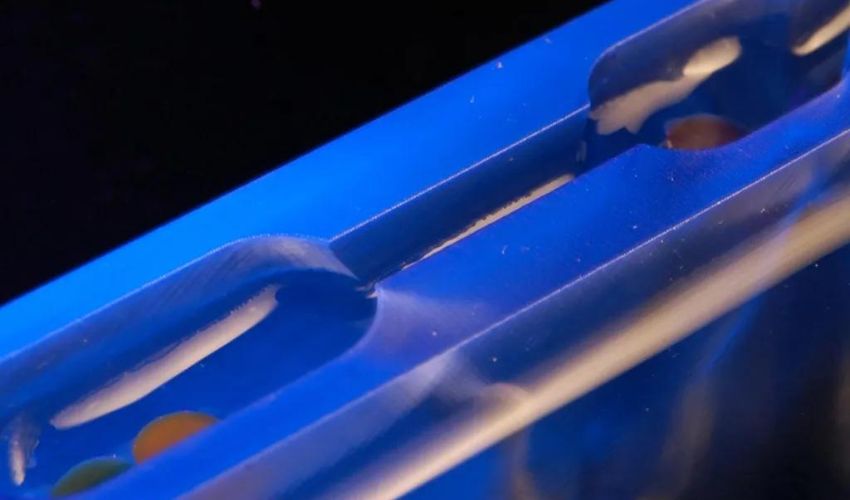 3D printing is already being used in incredible ways all over the globe. From bioprinting to 3D printing in construction, it seems that the applications for additive manufacturing are almost limitless. Now, researchers a team of engineers and scientists from Harvard John A. Paulson School of Engineering and Applied Sciences (SEAS) has found yet another possible use. They have developed a simple 3D printed device that they claim could be used to braid filaments that are only 1 micrometer in diameter. This could pave the way to making antennae to access higher and higher frequency ranges for the next generation of phones and wireless devices.

Though cell phones have only been in existence since the early 70s and WIFI since the late 90s, the demands of our increasingly globalized and online population has led to rapid advancements in the technology. WIFI for example is getting more powerful and faster with the top country for WIFI connectivity, South Korea, topping the list with speeds of up to 28.6Mbps. Similarly, over the past twenty or so years, we have seen cellphones move rapidly from large clunky phones that could handle minimum tasks, notably just calling though internet access and email have been present since the early 2000s, to the sleek mini computers that people now carry in their pockets. However, if we want to advance even further, we need to be creating new antennae to access new ranges, however today’s industrial fabrication techniques will not work on fibers that are small enough to make them according to the Harvard team as they cannot be braided together. Enter 3D printing. 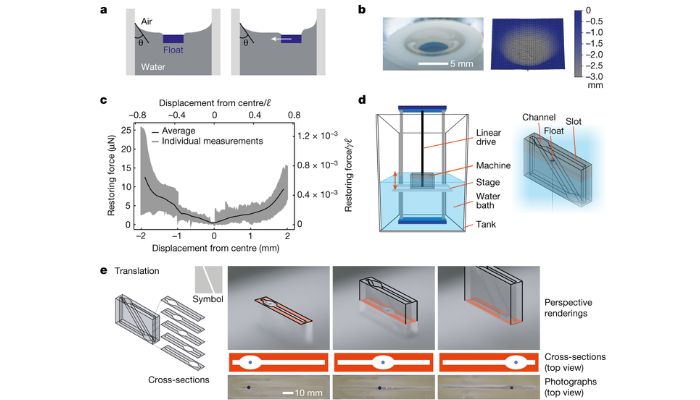 How Is 3D Printing Being Used?

For the scientists and engineers, the solution seemed deceptively simple, using the surface tension of water in order to grab and manipulate microscopic objects. To do this, the team turned to a machine that in essence is just a 3D printed plastic rectangle, about the size of an old Nintendo cartridge and whose interior was carved with intersecting channels. These channels are both wide and narrow, reminiscent of a river that expands in certain parts and narrows in other. The channel walls are also hydrophilic, meaning that they attract water. The team further mentions that the rectangle could be made simply, with a 3D printer found in a library, they themselves seemed to use an SLA 3D printer, though they do not mention a particular brand.

The object works by taking advantage of capillary forces. Capillary action is the process of liquid flowing into a narrow space without any assistance from forces like gravity and is important when it comes to moving water. By submerging the device in water and placing a milimeter-sized plastic float in the channel, the surface tension caused the wall to repel the float. In a narrow section, it moved as far away from the walls as possible while in a wider section it would be held in place, trapped between the repulsive forces of the walls and the float. By adding microscopic fibers to the floats, the researchers discovered that as the water level changed and the floats moved, the fibers could twist around each other.

Maya Faaborg, associate at SEAS and co-author of the paper, explained “The eureka moment came when we found we could move the objects by changing the cross-section of our trapping channels. It was a shout-out-loud-in-joy moment when — on our first try — we crossed two fibers using only a piece of plastic, a water tank, and a stage that moves up and down.” The final step was adding a third float with a fiber and designing channels to move the float in a braiding patter. This was successfully used to braid micrometer-scale Kevlar fibers.

The research is still at the beginning, but has huge ramifications for the future. The team plans to continue to design devices to manipulate many fibers at once to see whether they are able to make high-frequency conductors which in turn could be used to make more powerful wireless devices (WIFI) and cell phones. In any case, it is 3D printing played a key role in creating the device that is responsible for this success thanks to its accessibility and ability to make complex geometric structures. You can find the full study HERE or check out the video below to see how the process works.

What do you think of how these researchers how the 3D printed device is being used? Let us know in a comment below or on our LinkedIn, Facebook, and Twitter pages! Don’t forget to sign up for our free weekly Newsletter here, the latest 3D printing news straight to your inbox! You can also find all our videos on our YouTube channel.