I’ve made £2,300 in six weeks from 3D printing side hustle – it started as an unwanted Christmas gift MATT Shaw turned to side hustles to cope with soaring bills – and his entrepreneurial streak has earned him £2,300 in just six weeks.

Matt, a trainee science teacher earning £17,500 a year, lives with his partner Davina, 25, a nursery room leader, and their two dogs in Bidford-on-Avon, Warwickshire.

The pair were really struggling to make ends meet.

“It’s not like we have ridiculous outgoings, just normal bills, nothing outlandish at all,” Matt told The Sun.

“We split all the bills, half and half, but our rent has increased, the energy bills have increased, and it’s just getting tighter and tighter.”

The couple was paying £81 a month for gas and electricity with Octopus Energy, which has now been increased to £181. 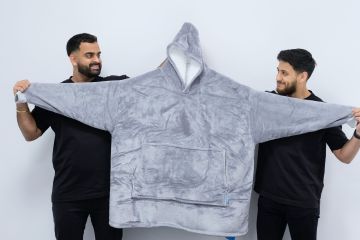 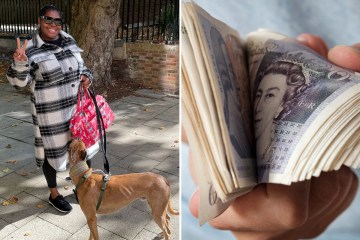 “And when we spoke to them they said we should be paying £265. I get emails saying we still aren’t paying enough,” he said.

He added: “We’re trying to save for a house which is becoming more impossible day by day with interest rates rising.

“Even before that happened, when we tried to get a mortgage, the banks said that we couldn’t afford one of £600, even though we were paying £300 more than that in rent.”

All of this means that Matt has had to find ways to earn more money.

He said: “Since about the age of 14, I’ve had my own little businesses.

“I bred lizards and fish, and I’d buy vinyl from charity shops and flip it on eBay.

“I’ve always been ready to be proactive in trying to make extra money.”

It started with a second-hand gift for Christmas

This time, his side hustle is 3D printing, after Davina bought him one second-hand for Christmas – something he wasn’t thrilled about at first.

He said: “I had one before and I nearly threw it out of the window because I was so frustrated with it not working properly.

“My partner surprised me with another one and I was like ‘You can’t be serious?”’.

“But actually, this time, it worked pretty well and I’m a bit of a nerd and I like to make random stuff, so I thought ‘if I make things and put them on eBay, let’s see if there’s any demand.’”

He said: “I 3D printed it, increasing it to ten times the size of a mini figure, put it up for auction starting at 99p and from there I had about 19 people randomly bidding.

The sales spiralled from there.

“I had about ten people message me as soon as the auction ended, asking if I had more for sale,” he said.

“I set up a Facebook page as well, and advertised on local marketplaces, and I got a lot of requests from there.”

How to get started in 3D printing

Matt is now making bespoke models for on average five customers a day.

He has fulfilled orders from people asking for 3D models of everything from Lego fish and a Lego head plant pot, to the Chevrolet Impala car from the 60’s TV series The Supernatural, as well as plenty of Super Mario characters.

Helmets, he says, are very popular too.

While there is skill involved, Matt said there’s a lot of help out there in learning the art of 3D printing.

Matt’s side hustle has expanded rapidly.

He said: “That first printer paid for itself very quickly.

“I’ve invested and I’ve got five printers on the go now, and I went to IKEA and I’ve set up a full room for it at home”.

He’s hoping to launch his own website and would like to open an Etsy shop for his 3D print designs, but “demand at the moment is just so high that if I took on anymore, I’d be in trouble”.

“I’d be letting people down.”

It’s important to note that 3D printers often cost at least hundreds of pounds, and you’re not guaranteed to make money either.

In other words, it’s not a suitable side hustle for everyone.

He said: “On eBay, you can search for items, sort them by highest price sold previously and see what people are paying for certain things.

“The best one I’ve done recently was when I went to a charity shop in Stratford and bought a Queen Elizabeth Platinum Jubilee bear for  £15, put it on eBay and sold it for about £89.

“There’s plenty of money to be made out there.”

All of this hustling activity is hard graft, though.

“It’s frustrating working every minute of every day just to pay an energy bill,” said Matt, who sets his printer up before he goes to work (models can take at least two days to print).

“I wake up 4am, set the printing going, walk the dogs, go to my teaching job, come home, then do my planning, glue the models together because they all come in small parts in different colours, go down to the post office, post my orders out, then go to bed early and start again the next day.

“It’s exhausting, but we’ve been forced into this situation.”

The tax rules for side hustles

HMRC has set up a Trading Allowance that entitles people to earn up to £1,000 in online sales tax-free without having to inform HMRC.

If you start to earn more than this from your side hustle, you will have to register with HM Revenue & Customs as self-employed.

Depending on how much you earn in total you might have to pay tax.

eBay UK says: “By law, sellers have to declare and pay taxes on income earned from eBay sales.

“We recommend checking with a tax advisor to understand your responsibilities.”