A Steam Deck enthusiast puts some of their Lego bricks to use by creating a neat stand, offering up a great way to recycle and save money on accessories. The idea could also help players make custom accessories without the aid of a 3D printer, especially if you’ve already got old blocks lying around.

Assembled by Quistnix, the Lego Steam Deck stand proves that, unlike kids these days,” you don’t need a 3D printer to make custom accessories. A series of images show off the add-on, demonstrating its ability to house the portable PC snugly, while also sporting a section that holds a Solidtek Ask-3410u mini USB keyboard.

Quistnix goes on to say their Steam Deck Lego stand also folds down so it can fit inside a bag. With it holding the device securely, and the addition of the USB keyboard, it’s an effective and cheap method of turning the Valve PC into a makeshift gaming laptop. Plus, it puts old pieces to new use, blending the realm of toys and modern tech. 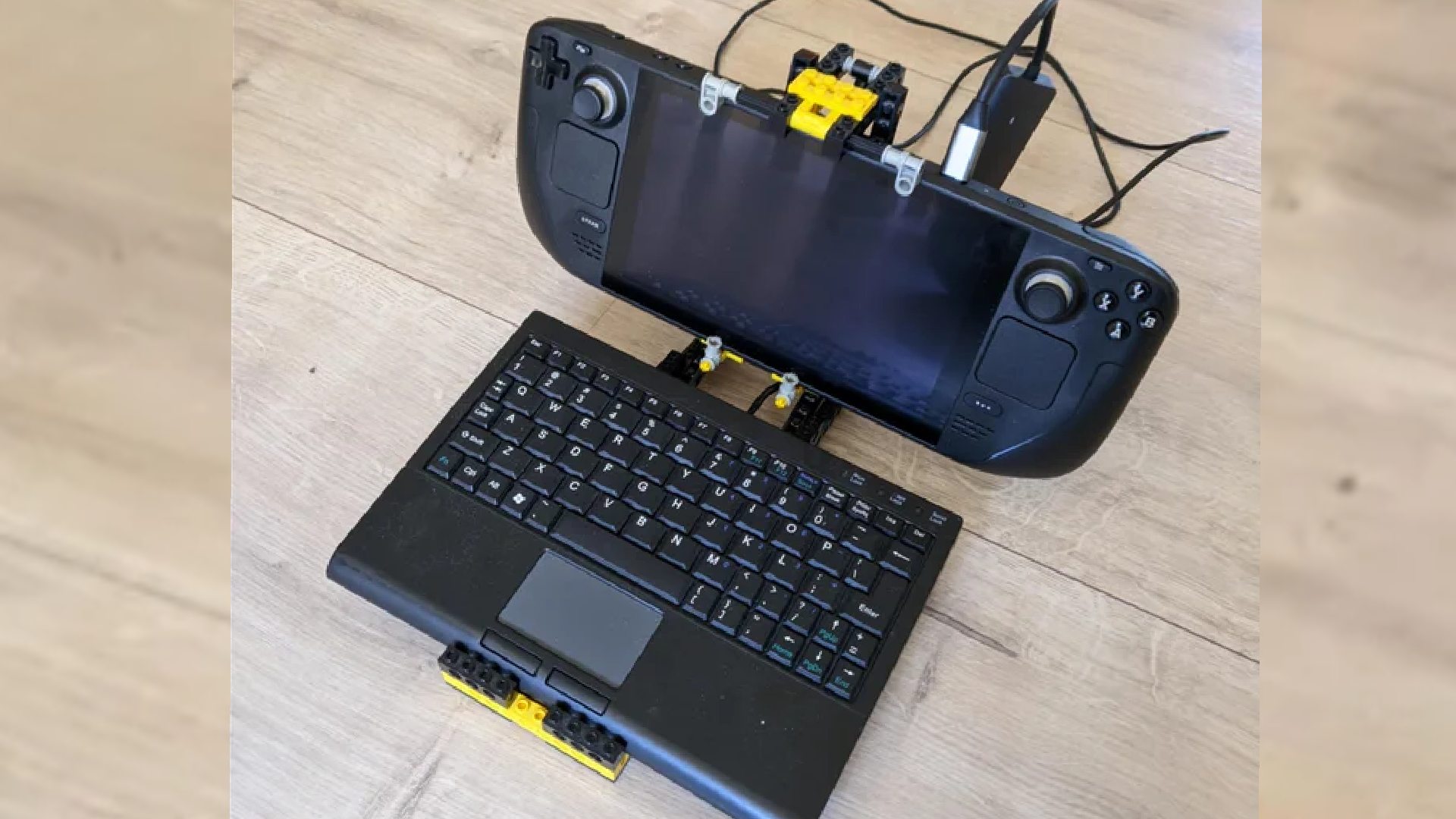 Unfortunately, there are no instructions on how to build the Steam Deck stand, but it doesn’t seem to use too many Lego pieces, and there’s enough in the images to get an idea of how it was put together. While the add-on does have moving parts, anyone sufficiently experienced in building with iconic bricks should be able to recreate their own version from sight alone.

For the more frugal gamer, a stand made from Lego bricks you may have lying around is a great way of saving money. Sure, the makeshift accessory is no match for the best Steam Deck dock, but it’s certainly helpful if your USB hub lacks a stand or you want to take a keyboard with you on-the-go.