If you’re new to 3D printing then you may not have heard of Sunlu before. However, if you’ve spent some time in the 3D printing community, then you’ve most likely heard of the popular filament maker.

While Sunlu has already established itself as a reputable filament supplier, the company has also begun expanding into producing its own lineup of 3D printers. The latest addition is the Sunlu Terminator-3, which the company was kind enough to provide for review.

At first glance, the Sunlu Terminator-3 bares a striking resemblance to the Ender-3 Neo from Creality, albeit with a few upgrades. For starters, the T3 features a printing speed of up to 250mm/s, clog detection, and filament break detection. 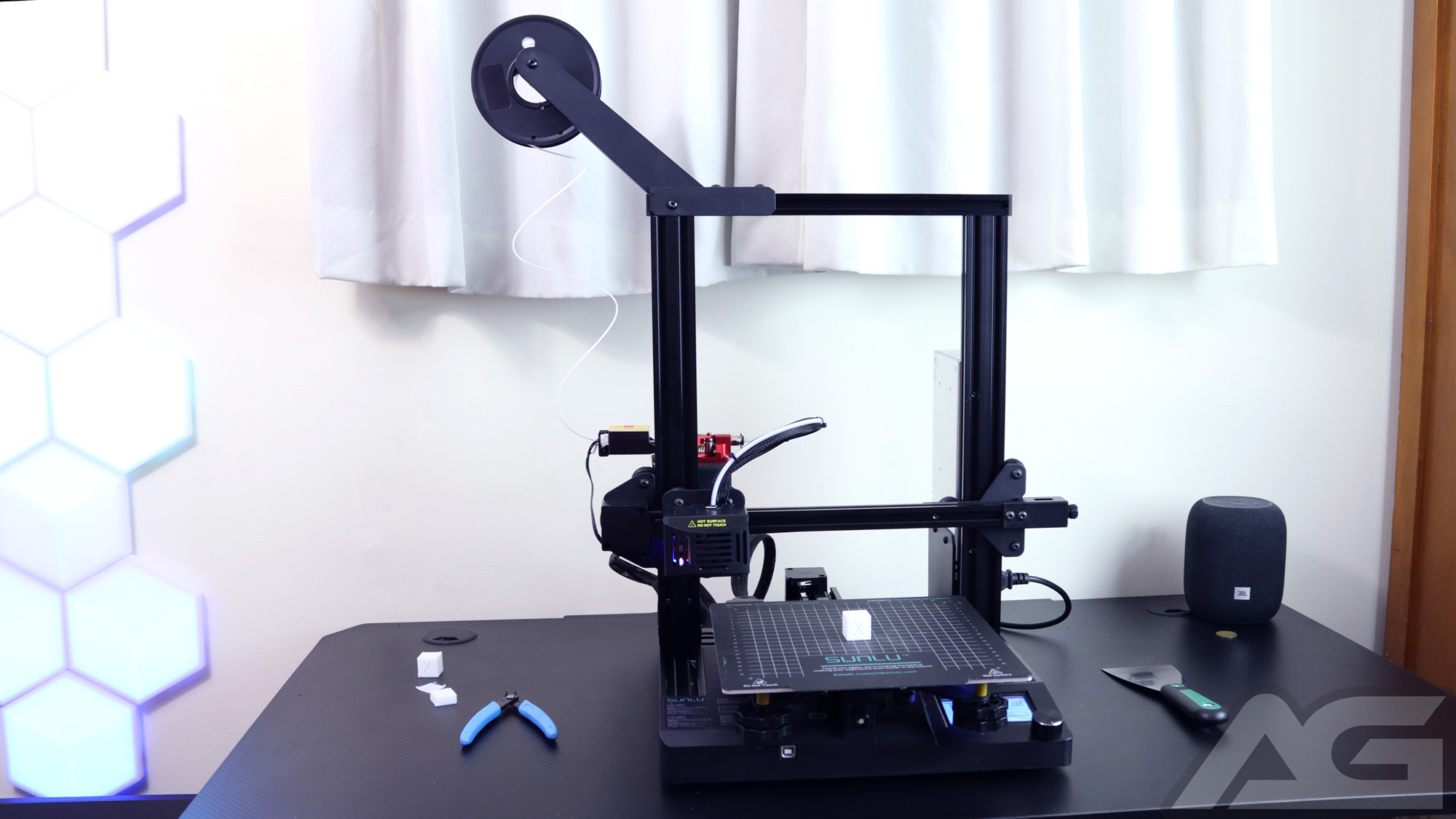 Some of the other standard features are also present, such as a 32-bit silent motherboard, auto leveling, resume after a power failure, an all-metal double-gear extruder, and built-in belt adjusters. Additionally, the Sunlu Terminator-3 uses a bed 220 x 220 x 250mm while only having an overall footprint of 440 x 400 x 470mm.

Finally, the Sunlu Terminator-3 includes a USB Type-B male connector and microSD card for loading up G-code files or sending commands to the printer. I’ve heard that Octoprint works with it, but I’ve been using the included 8GB microSD card exclusively with the machine.

If you’ve ever put together a piece of Ikea furniture, then you’re already far overqualified to assemble this 3D printer. The Sunlu Terminator-3 comes packed in a box split into two main halves, along with detailed instructions, several bags of bolts, and every tool you’ll need. In fact, there’s even an extra bag with spare parts, including a spare nozzle.

Assembly went quick and easy once I unboxed the T3, an experienced builder could finish putting the two halves together and attaching the filament spool in under 15 minutes. An inexperienced user could still have it completed in less than half an hour. The most challenging part is tilting the Terminator-3 on its side to insert the bolts, if you can call that a challenge.

Overall, the process is so simple with very little room for error and you should be up and printing in no time. Just don’t forget to manually level your bed after you’ve finished tightening all the bolts. 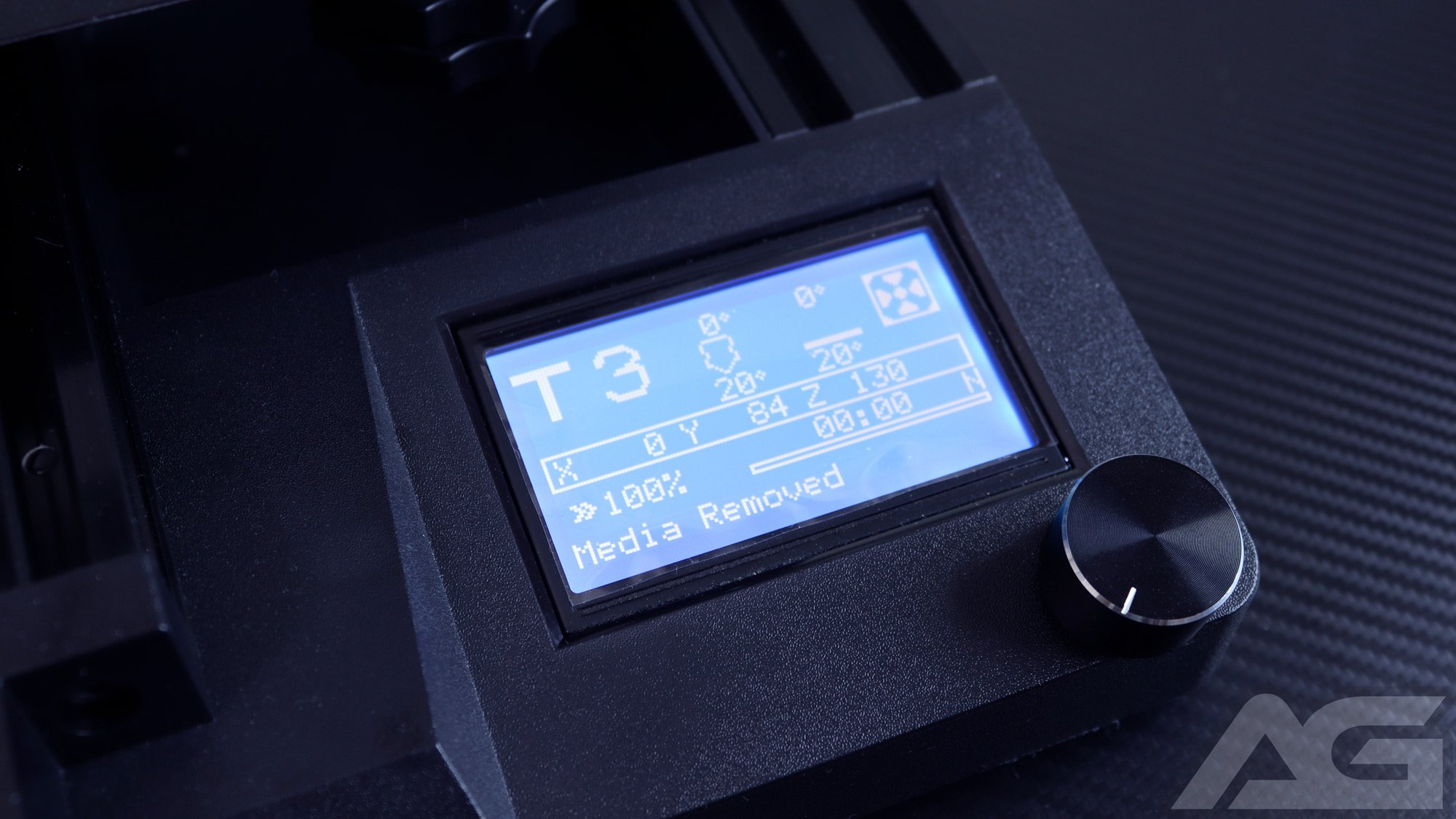 Speaking of the bed, Sunlu has opted for a magnetic build plate that is easy to remove and has been fantastic for adhesion in my experience. The only downside I’ve encountered is that I’ve managed to put some slight indents in mine while removing some stubbornly stuck-on models. 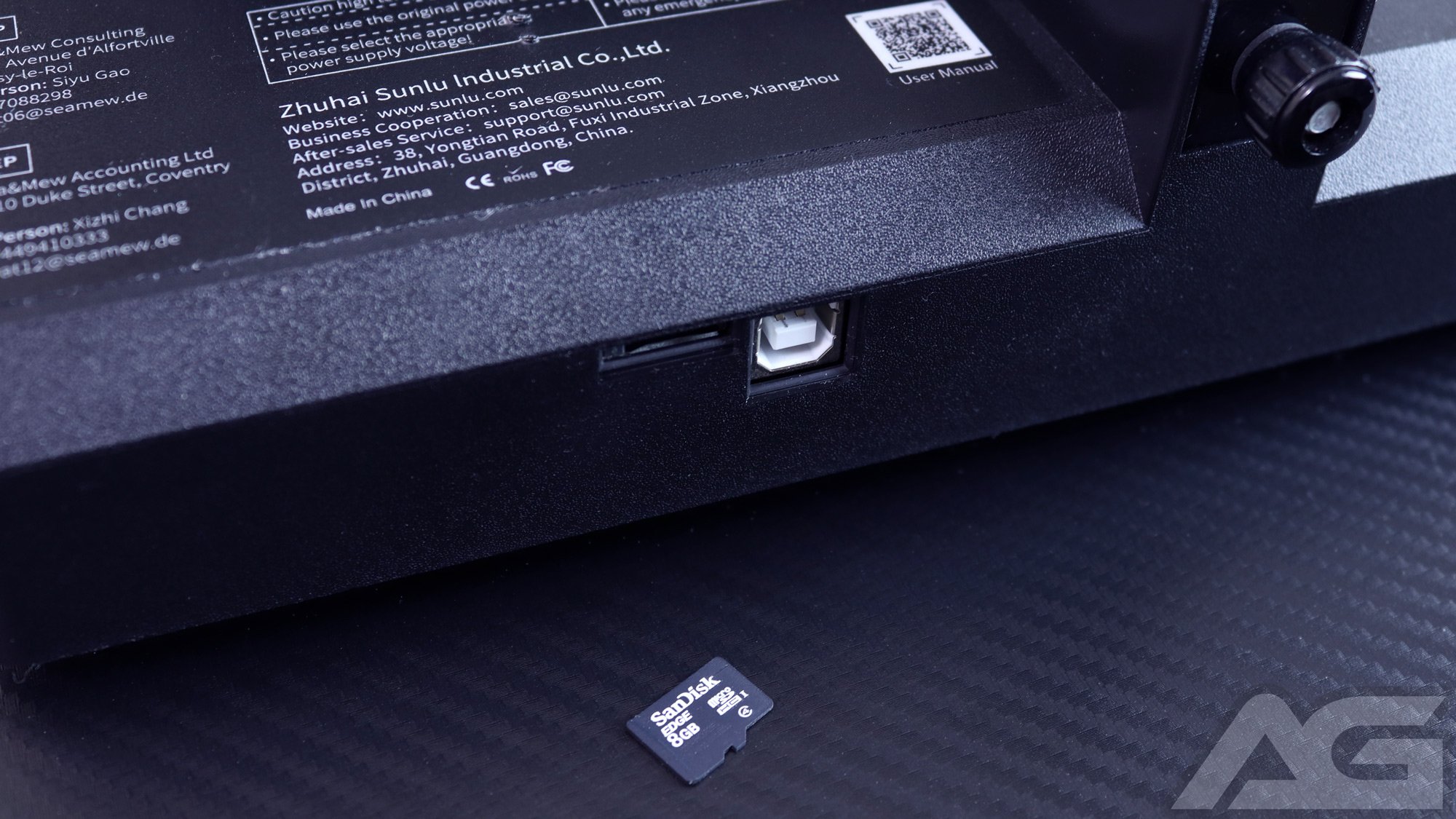 Another minor complaint, is the knobs for leveling the print platform happen to use a dual knob system that was difficult to get started, especially because of how small they are. Regardless, I have to commend Sunlu for using large sturdy springs. 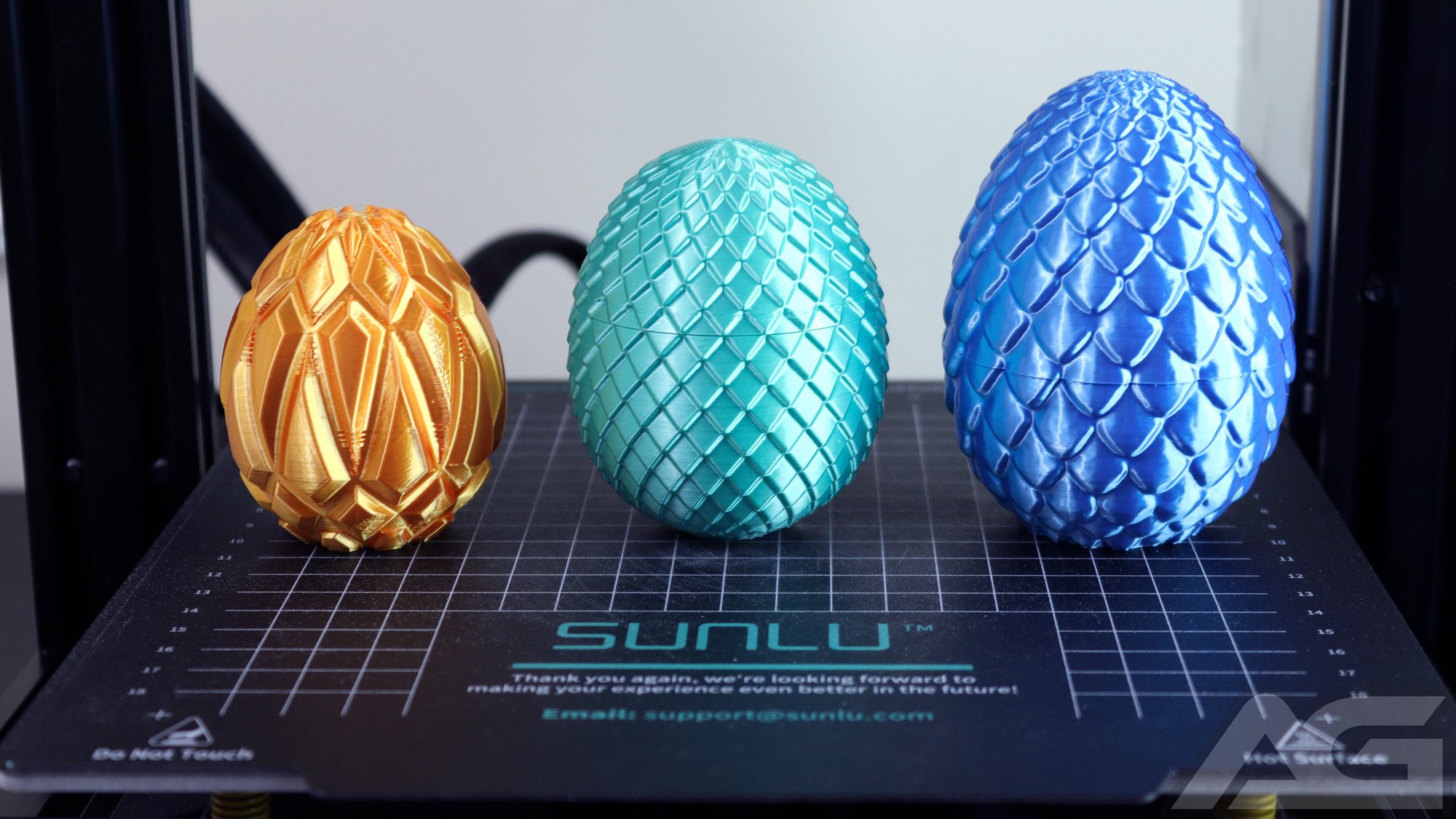 One of the standouts of the Sunlu Terminator-3 is its quick 250mm/s printing speed, however, just because it is fast, doesn’t mean it’s good. From my experience of printing some simple XYZ calibration cubes, the fast printing setting returns sloppy results. The corners of the cube looked rough and the areas around the letters showed a lot of ringing. While the speed itself is very impressive, I found the quality to be lacking and I wouldn’t recommend printing at the T3’s max speed unless you’re prepared to do a lot of tweaking with the settings.

Once I disabled the fast printing mode, which was on by default, and began printing at more manageable speeds, such as 30-50mm/s, the Terminator-3 really shined. I started with an XYZ calibration cube and then moved on to the infamous benchy boat. Except for some slight stringing on benchy, the results were fantastic. 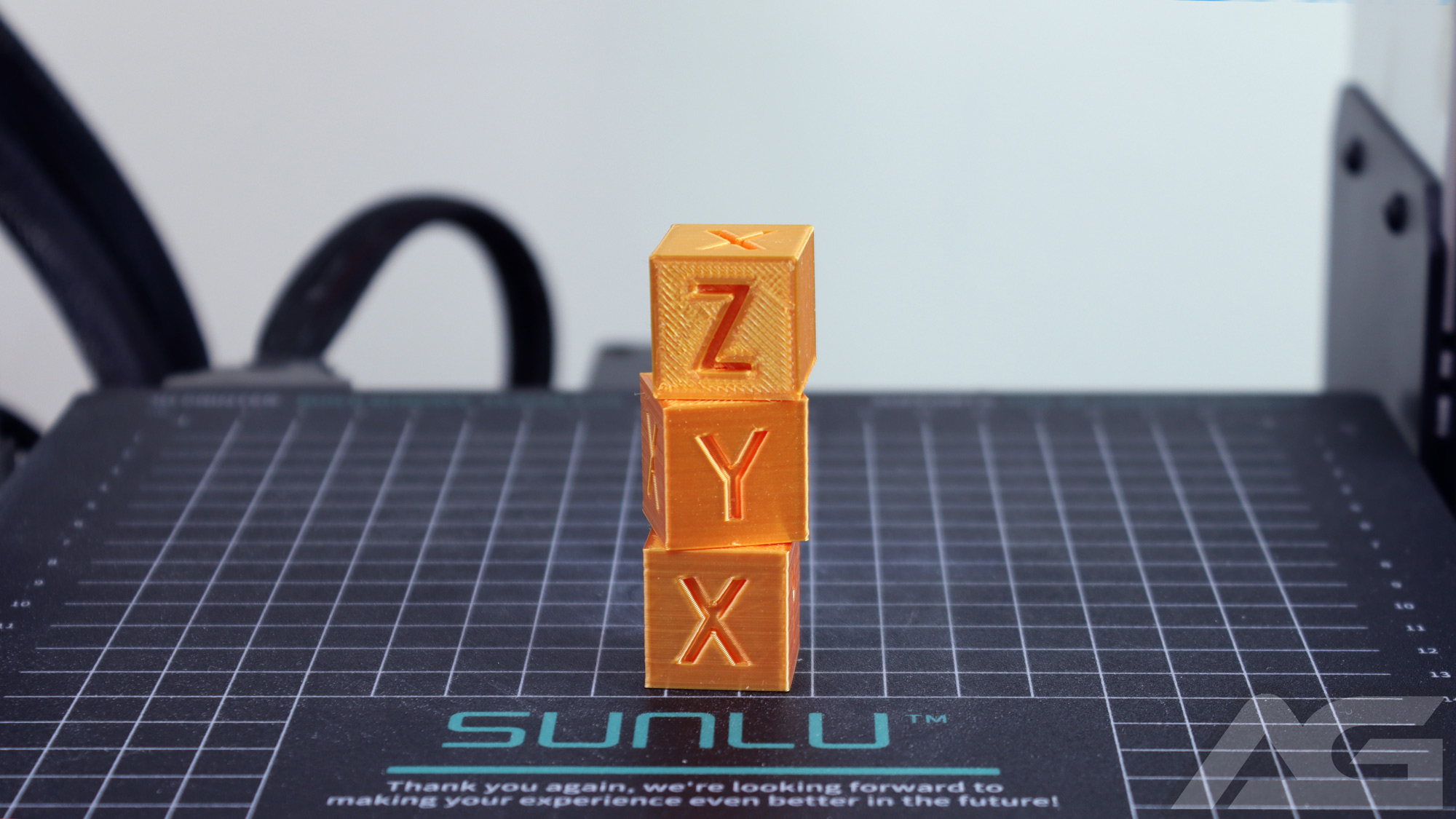 I then dialed in the settings and began printing more complicated models using this multicolor pack of silk Sunlu filament from Amazon and came away very impressed with the results considering how little I had to tweak the T3. With 3D printing, there will always be small flaws depending on which models you are printing and tweaks you can make with the slicer or adjustments to the hardware to improve your printing quality. Yet, almost right out of the box, the Terminator-3 was printing beautifully. 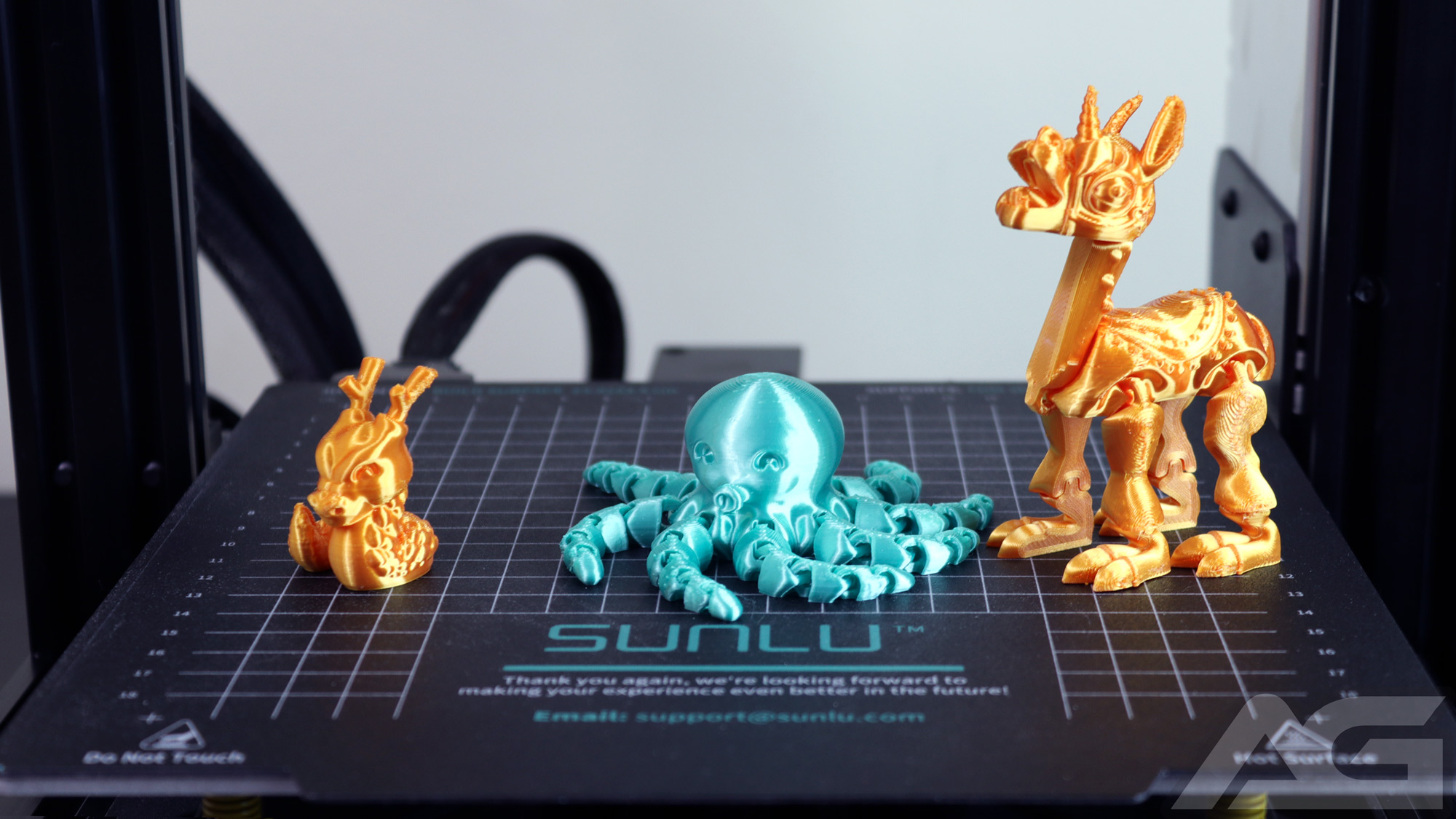 The quality improved even further after Sunlu released a profile for the T3 on its site that can be imported into Ultimaker Cura. However, there was some gcode at the end I had to change because the new profile added a 100mm retraction at the end of printing. 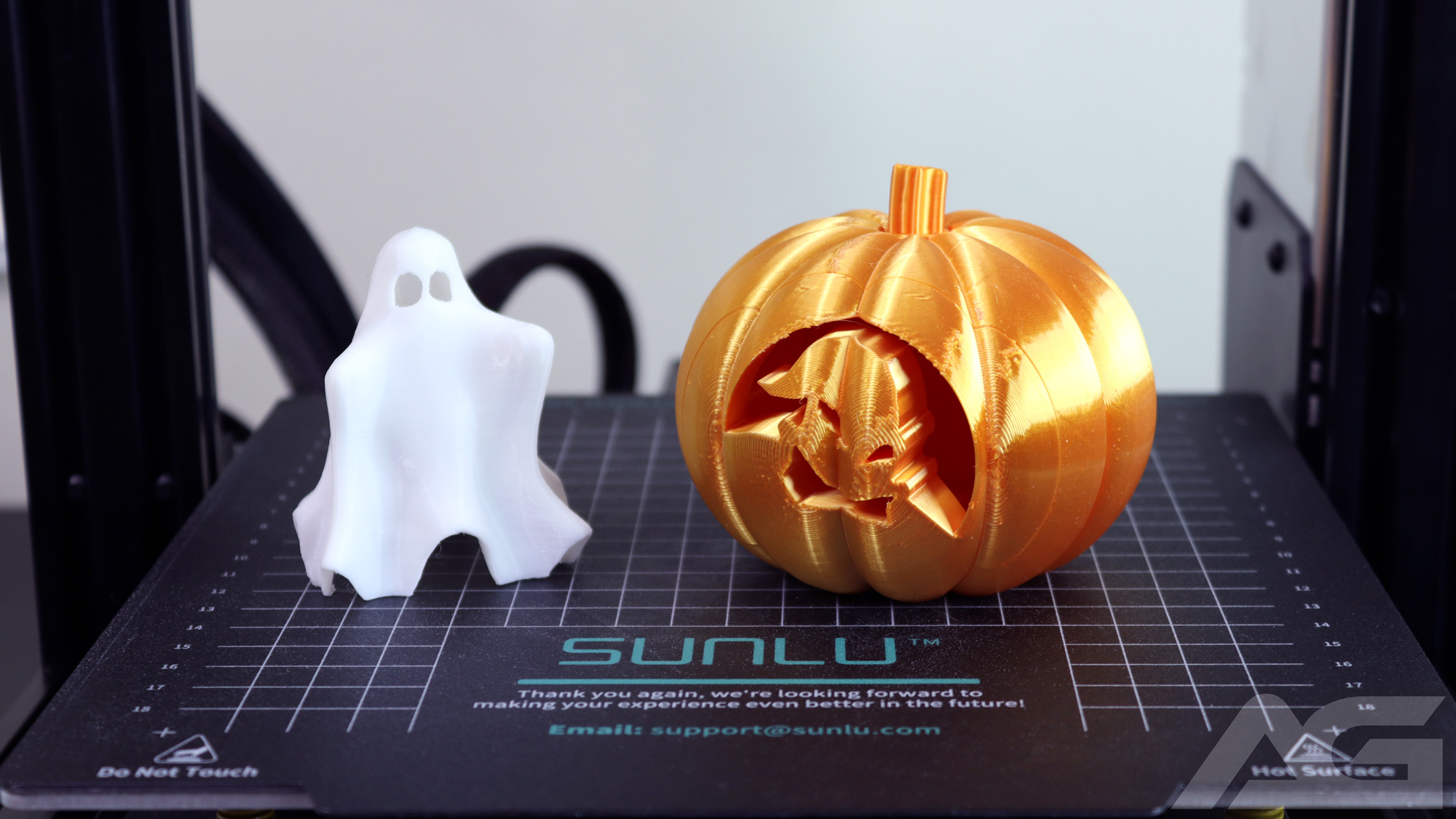 The Sunlu Terminator-3 starts at $279 putting it in direct competition with some of the most popular 3D FDM printers on the market. While it touts an incredibly fast printing speed of 250mm/s, it will take plenty of tweaking if you want to get quality prints at those speeds.

Regardless, the Sunlu T3 is a very capable 3D printer with some fantastic features, such as a built-in bed leveler, clog detection, automatic resume after power failures, and more. Just make sure you print at some more reasonable speeds and you won’t be disappointed with the results.

Buy from Amazon Buy from Sunlu