Downtown Streets Team announced on Tuesday that it has found an interim CEO to replace Eileen Richardson, the nonprofit’s retiring founder who launched the organization in Palo Alto nearly two decades ago. 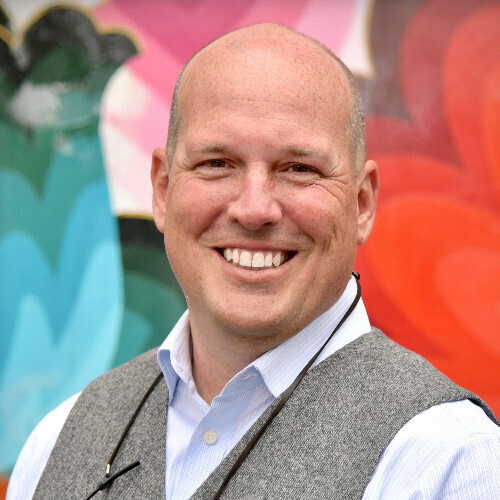 Jim Rettew, who recently served as the interim executive director at the Greater Richmond Interfaith Program (GRIP), will assume the temporary role until a permanent replacement can be found, the San Jose-based organization said in a statement. Downtown Streets Team assists the homeless by hiring them to clean local roads and providing support services, such as giving housing vouchers and mentorship.

The Greater Richmond Interfaith Program is a nonprofit that provides a family homeless shelter, soup kitchen, casework, encampment outreach and other services to homeless people. Rettew’s position at the organization was his fourth as an interim director position in the Bay Area. He was the chief communications officer for the American Red Cross in Colorado, the chief external relations officer for the Minnesota Zoo and interim executive director for two environmental nonprofit organizations, Environmental Volunteers and

Slide Ranch. He was also vice president of strategy for CivicMakers, where he led planning and design thinking for large municipalities including Berkeley, Hayward and West Sacramento.

Downtown Streets Team’s senior leadership and board of directors said in the statement that the nonprofit is confident Rettew’s extensive and diverse background makes him an ideal interim CEO.