Move Over, Quiet Quitting–Frugality Is The Latest Trend In Work-Life Balance 
The pandemic-fueled generational shift in attitudes toward work has led to the Great Resignation, the antiwork movement and now quiet quitting. But the quest for better work-life balance is also shedding new light on an old strategy: accepting lower pay for a less-demanding job. 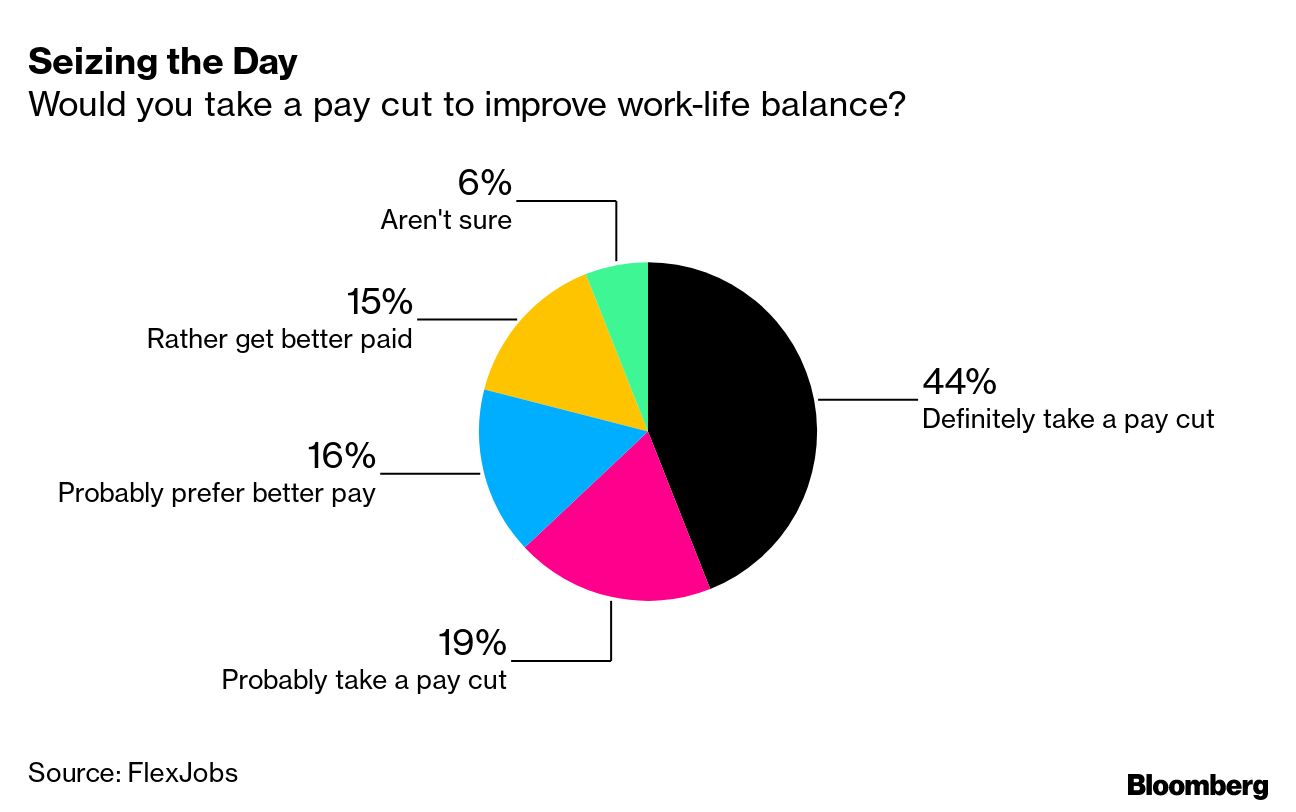 It’s a move that requires adopters to carefully assess their budgets and forego some luxuries, but they say it’s well worth the tradeoffs.


Take Marie Crespin. Living more frugally was a sacrifice she made so she could leave a stressful job in human resources and pursue web design. The 31-year-old in Nantes, France, now earns about 1,600 euros ($1,608) a month, down from 2,300 euros in her HR job.


It’s meant fewer meals out and wearing second-hand clothes. It has also allowed her to cut her workweek in half, from 40 hours to 20 or 25.


“Work shouldn’t be the most important thing in your life,” Crespin said. “Having the freedom to do what you want with your time is today’s true luxury.”


The outlook for employees is shifting as layoffs rise and recession fears grow, but the labor market remains tight, particularly in the US. The percentage of Americans voluntarily quitting their jobs fell in July, but remains well above pre-pandemic levels, and job openings are near a record high.


For now, the changing economic winds haven’t been enough to discourage workers from seeking less taxing jobs. A July survey by online job site FlexJobs found that nearly two-thirds of respondents would take a pay cut to improve their work-life balance.


“The pandemic made many people realize that work didn’t have to be the be-all and end-all of their lives,” said Céline Marty, author of the book “Working Less to Live Better” and a researcher at French university Sciences Po. “Some people have found they could spend less, buy less and didn’t need to work as much to enjoy a comfortable lifestyle.”

To be sure, inflation and economic uncertainty have left many people with no choice but to work longer hours and take on multiple jobs. Others — lucky enough to have higher and more stable incomes — have decided to cut their spending so that they can reduce their workloads.


Jérôme Lemay in Québec City says being frugal allows him to spend more time with his family, enjoy nature and take control of his personal wealth.


The 36-year-old telecommunications technician, his wife and three kids make do with about C$100,000 ($77,000) annually after both adults moved to four-day workweeks last year and took 20% pay cuts.