The Dallas Cowboys have a lot on the line in 2022, or do they? Depending on one’s perspective, the moves the front office made during the offseason can be interpreted a bunch of different ways. This spring, instead of making the kinds of moves that inspire often-misplaced joy and hope, the Cowboys stood pat when it came to talent acquisition. They made draft choices that weren’t nearly as sexy as they could have been.

A large portion of the fanbase feels they’ve regressed while those, and others who may be more even keeled, wonder if they are all in. Is the concern warranted? In the first of a two-part series, a look at the key anxiety-causing negatives. To be clear, these aren’t predictions of what will happen, but rather fears that run counter to a hopeful gaze into the future.

1
It’s taking too long to fix OL problem areas, and a different guy in charge 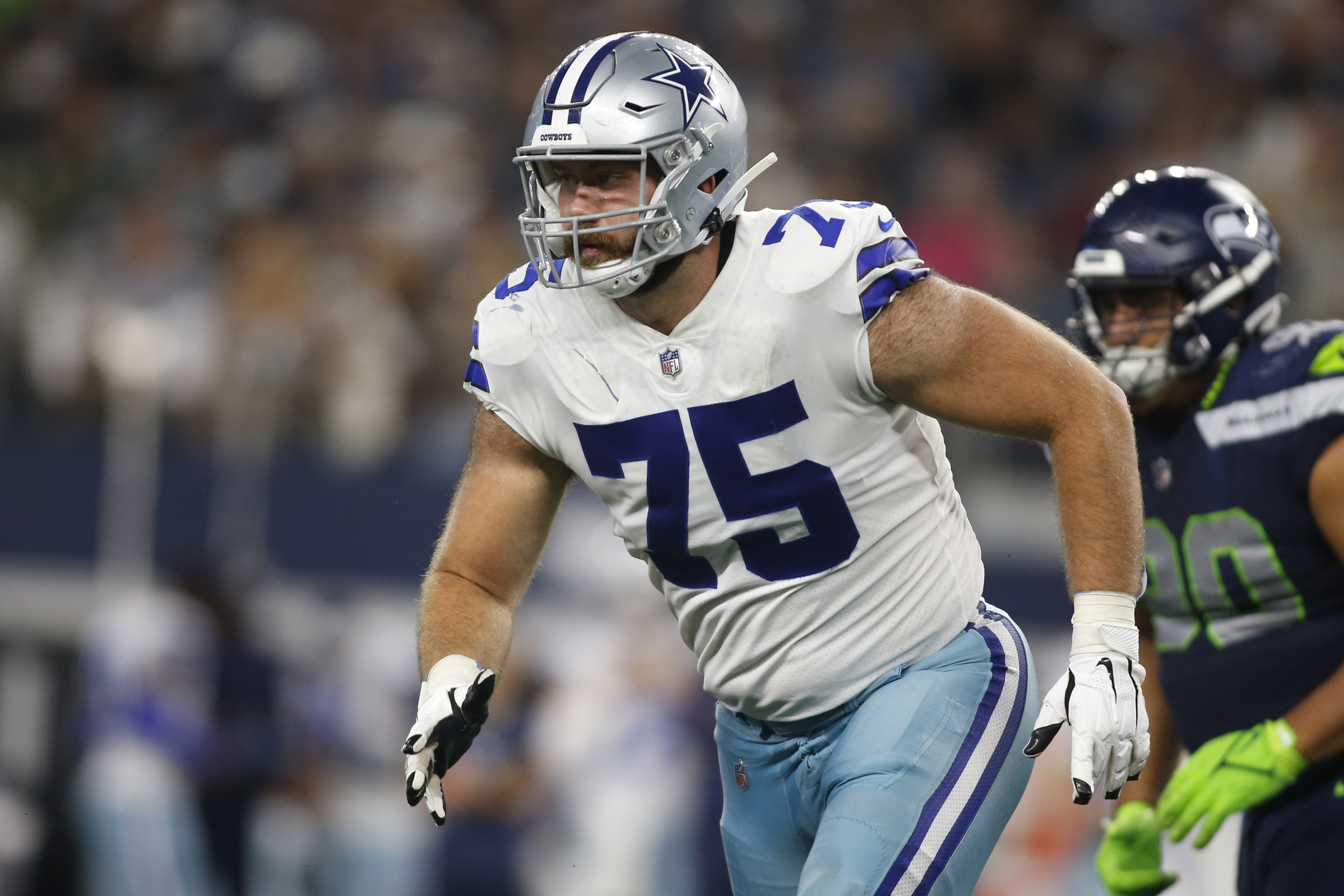 Mike McCarthy’s initial staff construction in joining Dallas didn’t work out well. On defense, coordinator Mike Nolan and assistant’s Jim Tomsula and Mo Linguist were all shown the door after just one season. The offensive staff, McCarthy’s side of the ball, has remained intact, but that includes maligned line coach Joe Philbin.

Faced with coaching the backend of the second iteration of the Great Wall of Dallas, he’s had a shortage of talent to work with aside from stalwart Zack Martin, but the pieces he’s been given haven’t yet been molded into anything to write home about.  Terence Steele went from UDFA to starter as a rookie, but he’s not being mentioned anywhere near the upper echelon of players at his position. Neither are Connor McGovern nor Tyler Biadasz, two other starters in Week 1. Josh Ball looked lost at left tackle during the preseason.

If the only top-tier play out of the OL comes from first-round picks, then there’s a problem with the coach.

2
Michael Gallup will play sooner rather than later, but may not be “himself” this season 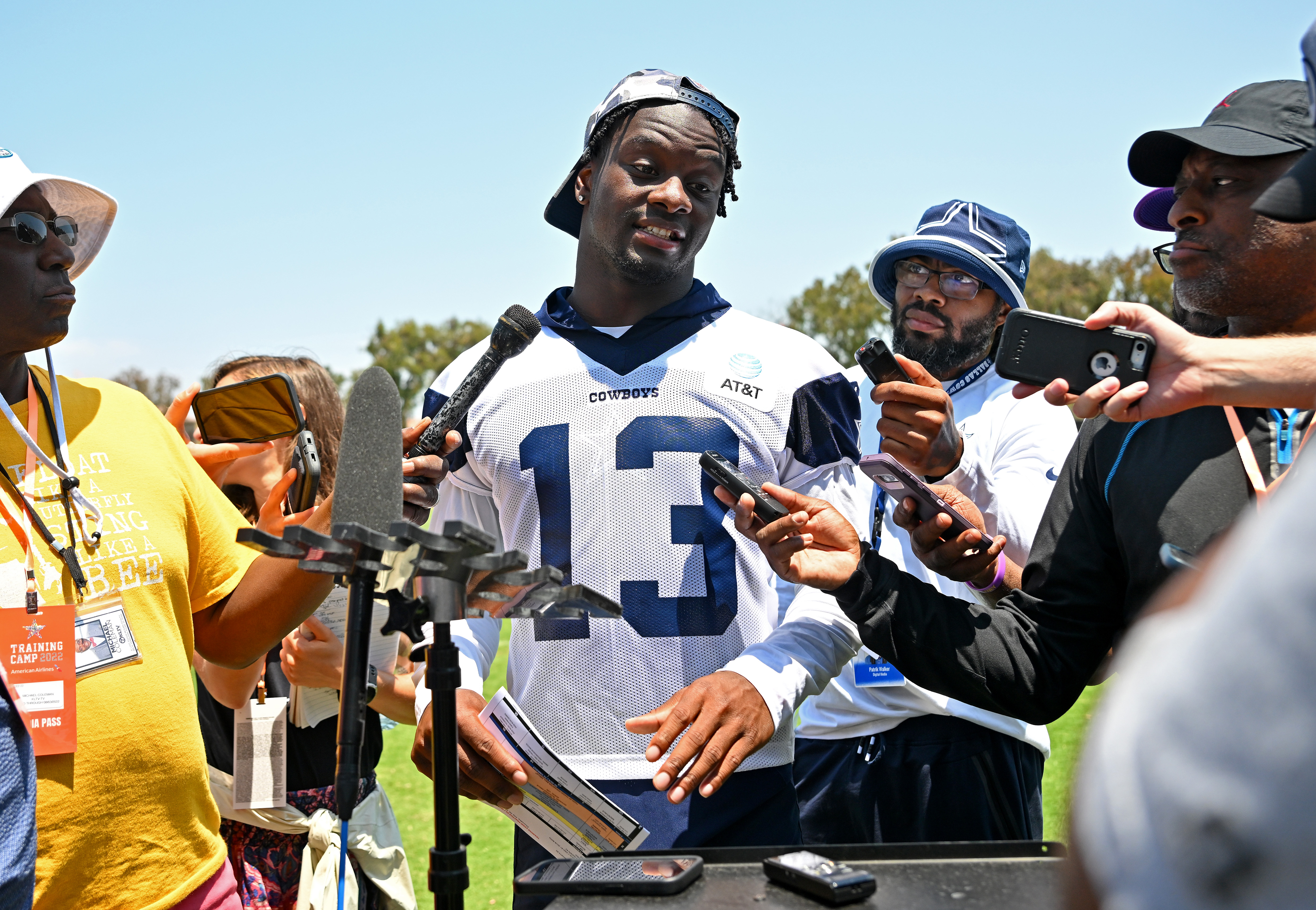 From all accounts, Gallup is one of the true good guys on the team and in the league and everyone is rooting for him. However, ACL surgeries might have progressed to the point he’ll make a miraculous return to the field in just 8-9 months, but at what level?

At his best, Gallup is a field stretcher, a player with uncanny jump ability capable of dominating contested catch points. His ceiling is his 2019 campaign, when in 14 games he had 66 catches for 1,107 yards when he and Amari Cooper were the top wideouts.

Will he be that when he returns? It feels unlikely, but everyone is hopeful Gallup continues to prove us skeptics wrong. 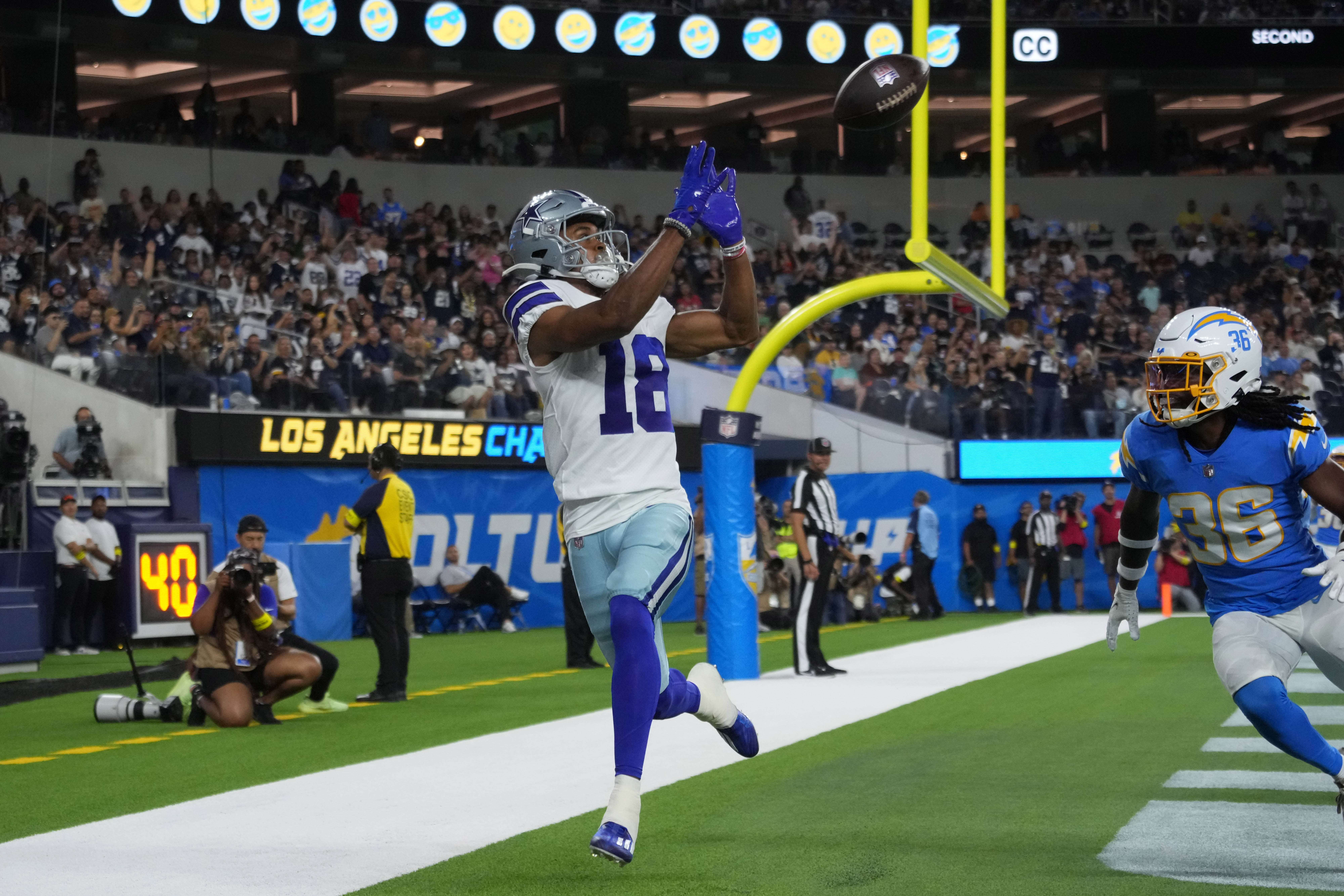 The Cowboys made a decision early in the offseason to walk away from Cooper. Actually, they made the decision when they signed him to a five-year deal with little signing bonus then drafted CeeDee Lamb in 2020. While Lamb is already established and ready to ascend, they are hoping to get major contributions out of third-round pick Jalen Tolbert, last year’s fifth Simi Fehoko and even potentially UDFA Dennis Houston.

They probably won’t get what they are looking for here. Tolbert was spotty through preseason, the others showed promise in training camp as down roster guys. But when the lights come on? It’s a tall ask they’ll be ready to assume roles in a No. 1-ranked offense, and that’s the standard in Dallas. 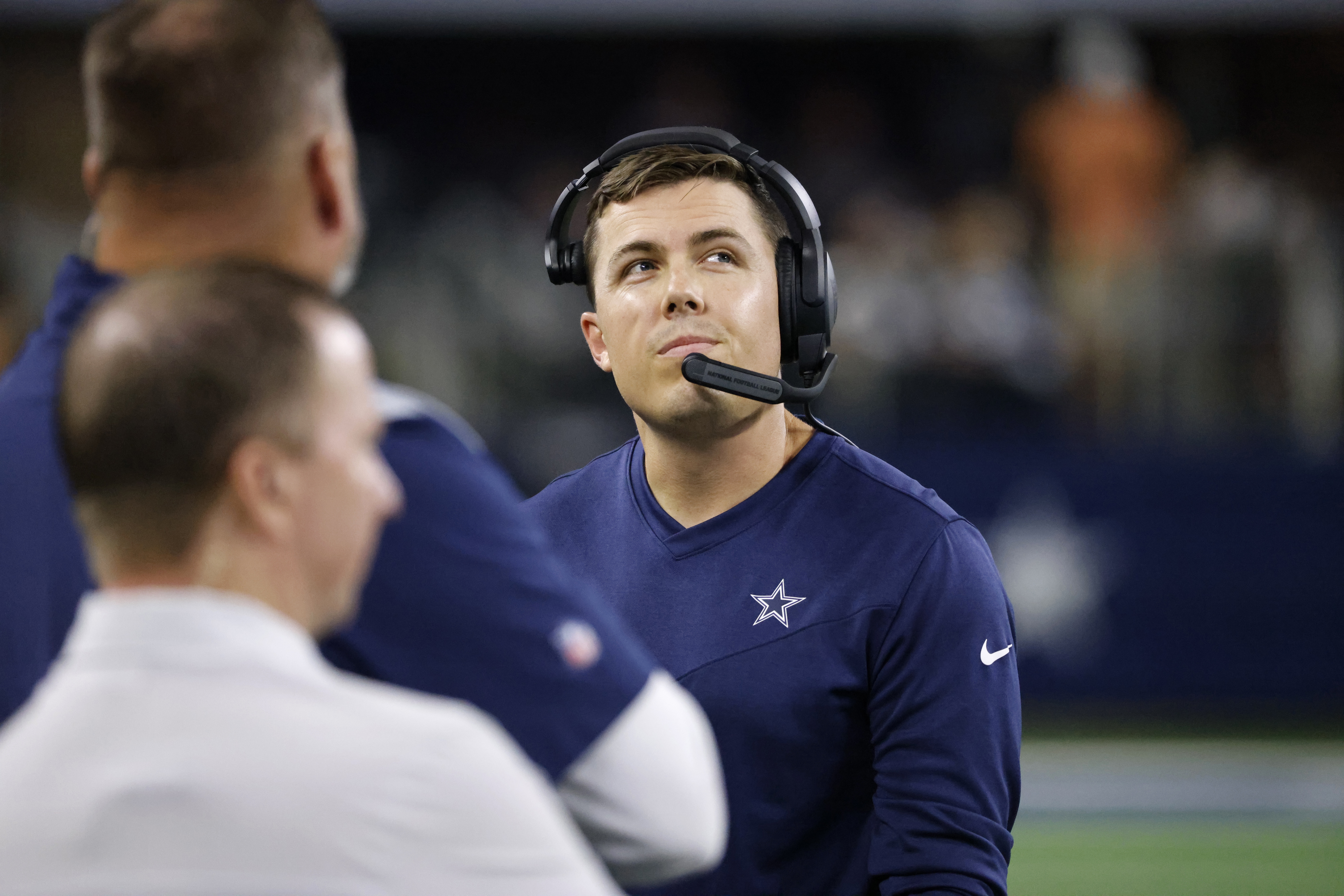 Dallas Cowboys offensive coordinator Kellen Moore walks along the sideline in the first half of a preseason NFL football game against the Seattle Seahawks in Arlington, Texas, Friday, Aug. 26, 2022. (AP Photo/Ron Jenkins)

Moore can design plays with the best of them. He’s one of the best, young creative minds in the coaching ranks. He had difficulty putting together entire-game gameplans last year, and failed to adjust to adjustments defenses made to him over the course of the year. To ascend to elite status, he’s got to do a better job of having plays flow into each other.

One note, in 2021, Dallas ranked second in the league in first-half touchdowns with 31. They dropped to 12th in the second half with just 23. That’s not egregious, but it is something to watch for moving forward.

5
Mike McCarthy may not see Year 4 in Dallas 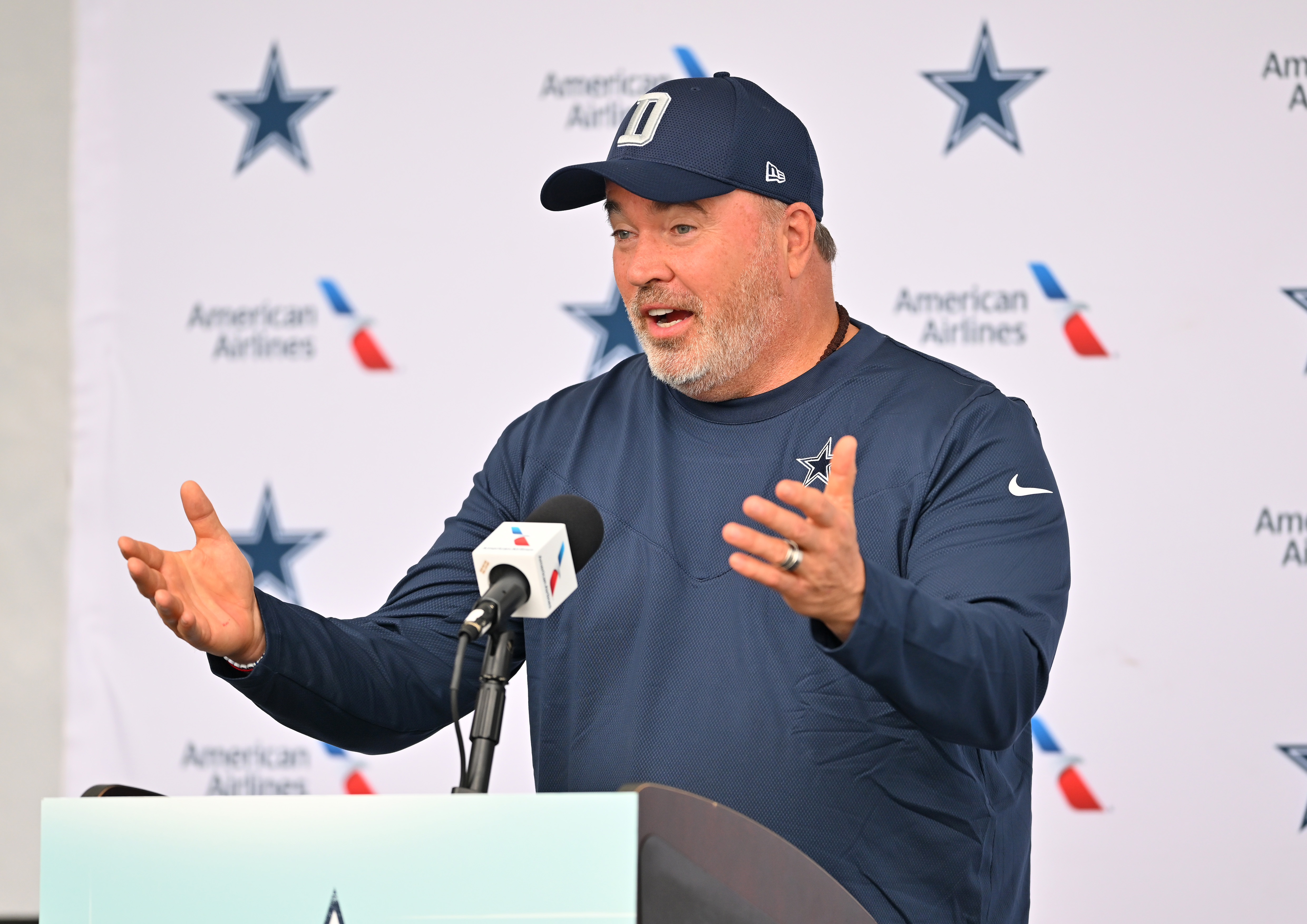 The expectations in Dallas are allegedly Super Bowl or bust, but Jason Garrett survived almost a decade without ever going to the playoffs in back-to-back seasons. Will Jerry Jones be as forgiving for a coach he brought in because of his Super Bowl winning resume? The third wild-card seed helps in allowing seven of 16 teams to make the dance in each conference. McCarthy failing to get Dallas further than last year’s first-round exit may be the last of the coach who seems to finally relaxing around the media.

6
Anthony Barr may not be much of a contributor 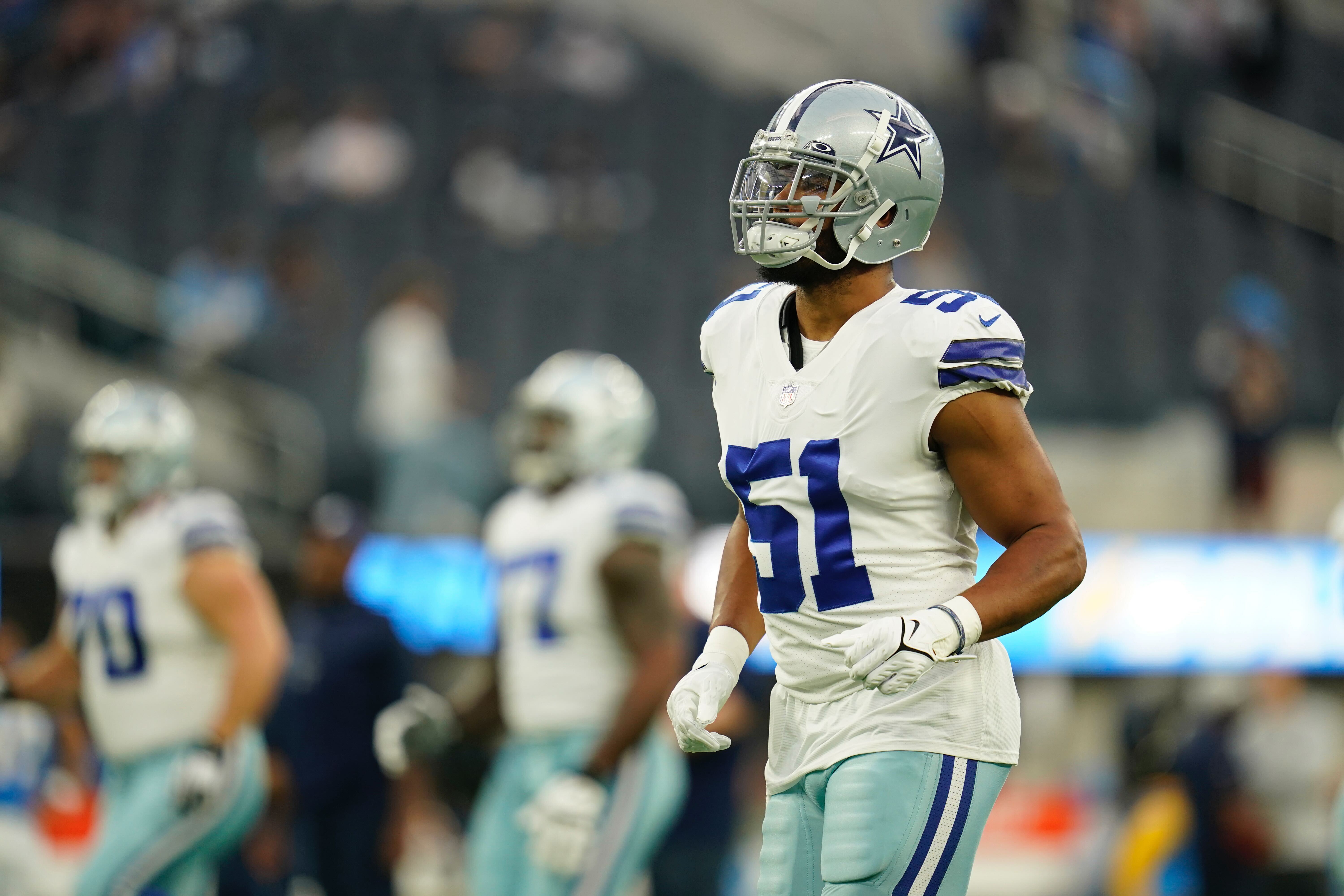 The Cowboys have a very young team, and they didn’t do much in the first phases of free agency. Rather, they sat around and held onto a bit of cap space. That is until the time was right. Dallas signed four-time Pro Bowler Anthony Barr (and later nine-time Pro Bowler Jason Peters) to back up their last two first-round picks.

Barr seems like the perfect mentor for Micah Parsons; a true pass-rushing linebacker who was forced into an off-ball role during his entire career in Minnesota. But Barr is now oft-injured, missing 25 games over four years and now four seasons removed from his last Pro Bowl.  If he’s just a mentor, he didn’t cost much, but he’s been brought in to produce on the field. 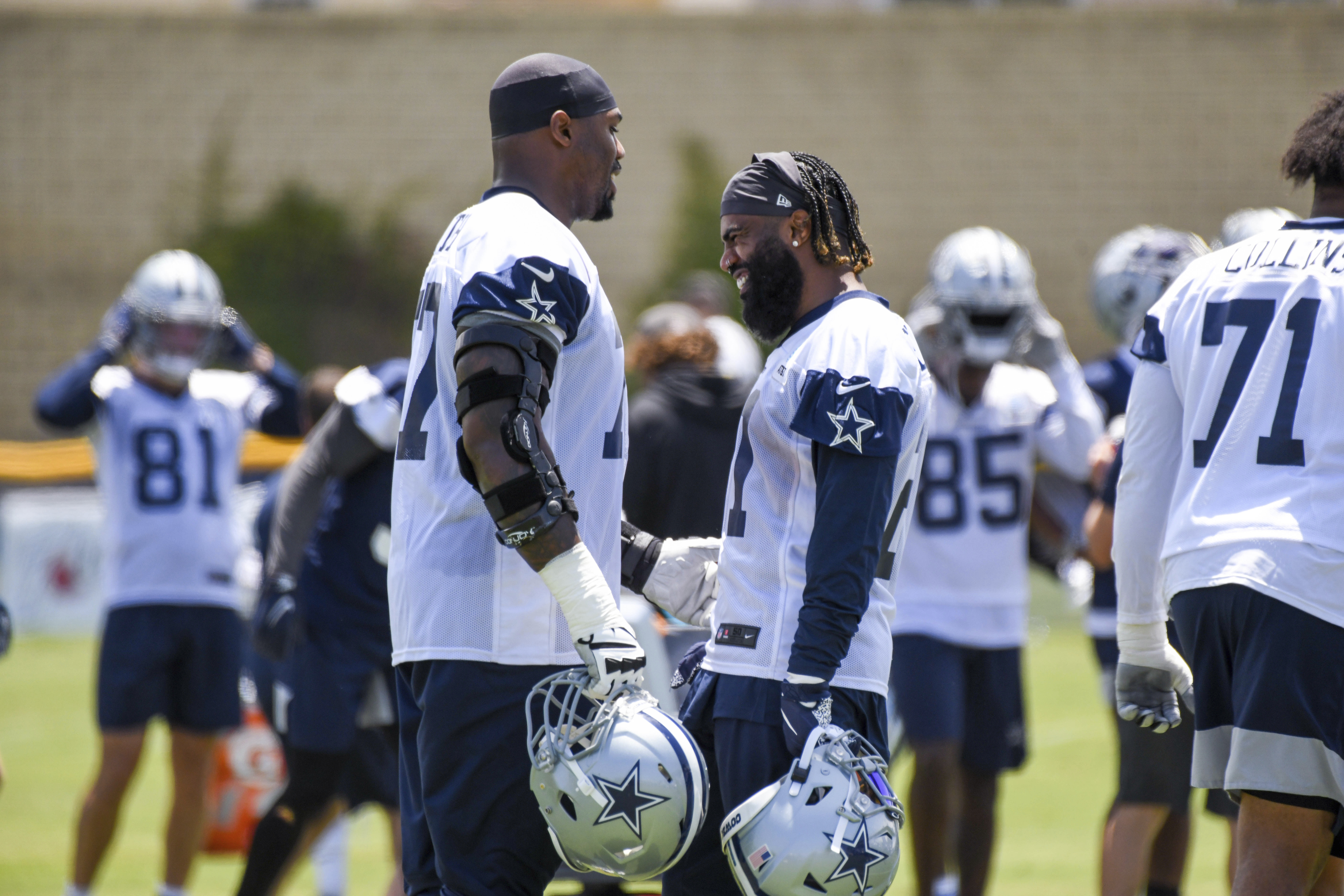 Time waits for no one, and certainly not NFL players. Looking over the list of expiring contracts for the Cowboys there’s a gauntlet to be faced. Looking at the huge contracts awaiting guys like Lamb and Trevon Diggs as soon as the coming offseason and Parsons the following year, there’s clearly a need to have as much space as possible.

So that means there’s a bunch of players who may be on an unofficial farewell tour. Tyron Smith, Ezekiel Elliott and Dalton Schultz appear at the top of the list on offense, but Tony Pollard is in the final year of his deal, too.

On defense it’s not the stars who could walk but still plenty of integral pieces.  Anthony Brown and Donovan Wilson in the secondary are in the final years of their deals, while 2018 and 2019 top picks Leighton Vander Esch and Trysten Hill are in walk years as well. 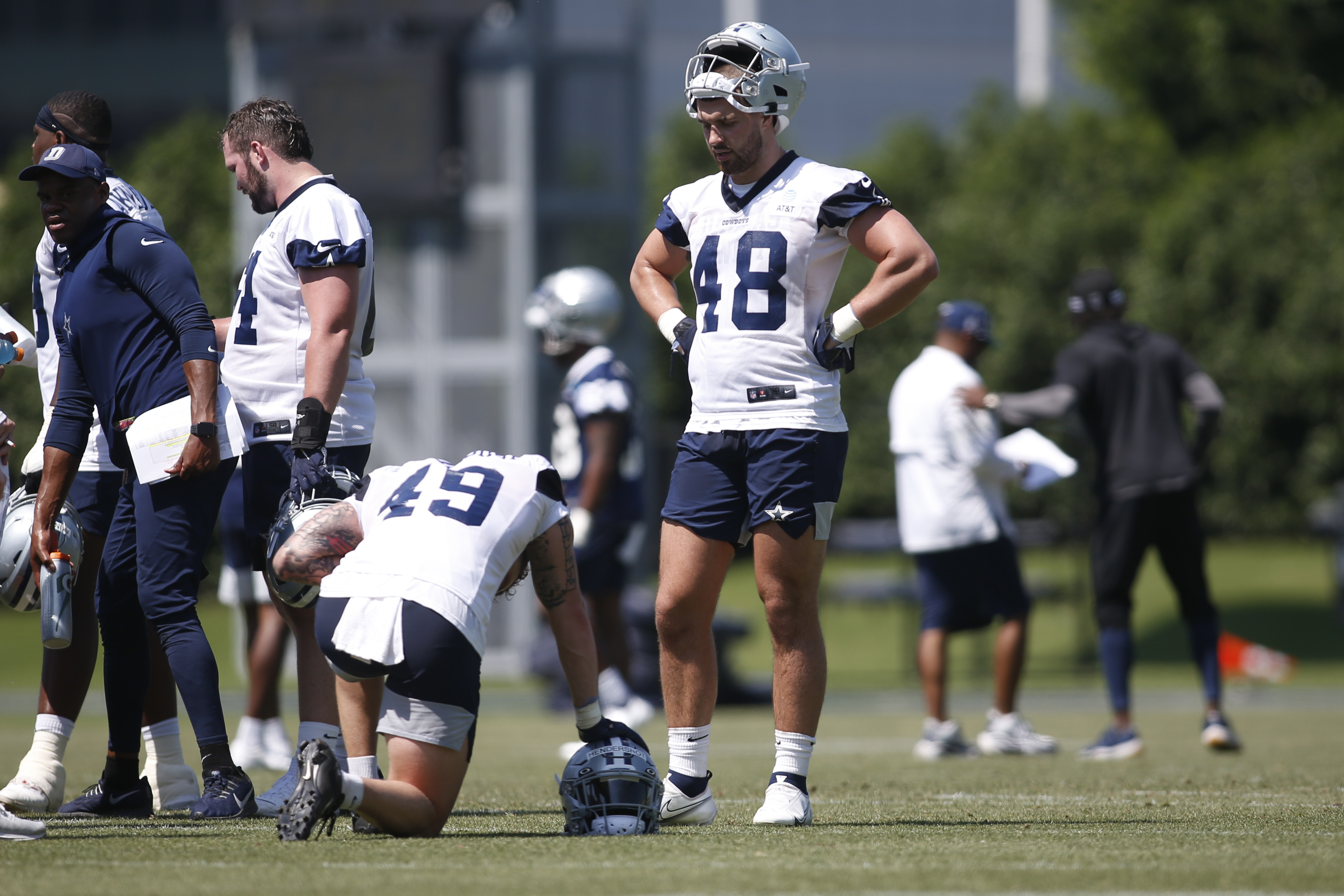 The Cowboys franchise tagged Dalton Schultz this spring, keeping him in Dallas for cheaper than what the average cost of a lengthy deal would be. They actually have a similar option for 2023, so maybe he returns, but they clearly have an eye to the future at the position.

Fourth-round rookie Jake Ferguson and UDFA Peyton Hendershot both appear to have promise, but the state of the offensive line dictates that TE2 is going to have a lot of blocking responsibilities, and that’s a lot to put on Day 3 and post-draft rookies.

9
Problems with run defense may not be resolved 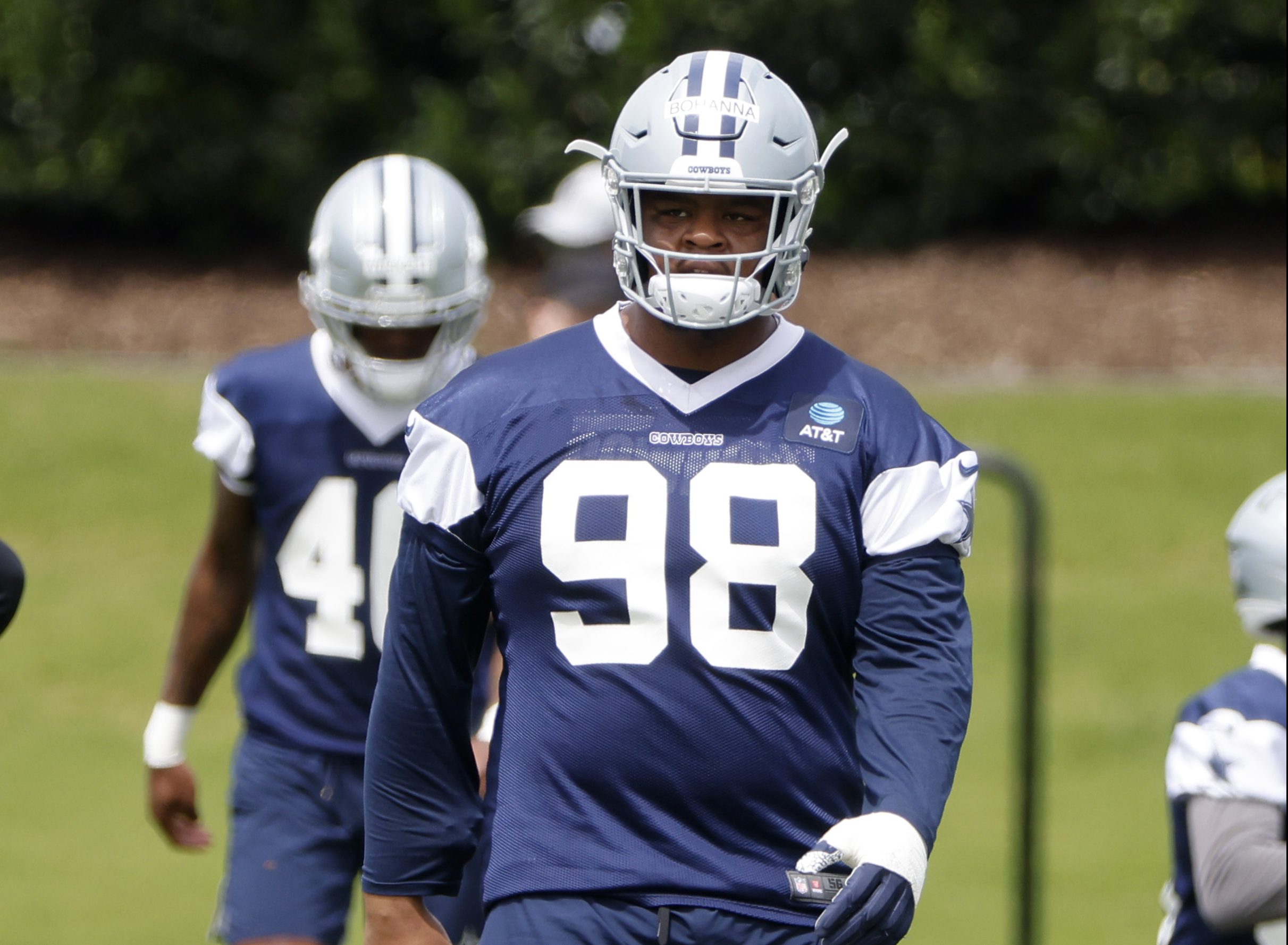 There were plenty of good things to see when looking at the Year 2 jump of Quinton Bohanna, but can he alone solve the run defense? Getting Tank Lawrence for a full season will help, but even he was present when the 49ers were making minced meat out of Dan Quinn’s troops in the wild-card round.

Dallas is going to have to get their act together; even in a pass-first league a weakness in stopping the run will result in lengthy opponent drives that can take those deep shots at will and still come back and convert shorter third downs.

Rookie John Ridgeway made the team, but his preseason work indicated Bohanna’s emergence could be the only DL improvement, which leaves a lot on the linebackers.

For those unfamiliar with the slang phrase, it normally means “Don’t switch up when the circumstances change. Remain as committed to your stance as you did before.” In this case however, the hope is that Dallas doesn’t keep that same energy, because the energy around the organization has been one of sadness, disappointment, malaise and in some cases toxic.

The offseason was not fun, following the head coach stating that his team was nervous going into the wild-card home game. Don’t remember everything that has happened to the org since?

In the course of four months, no less than 14 different instances chipped away at the positive vibes that normally wash over the fanbase as they begin anew.

The malaise over the way 2021 ended cascaded into one bad headline after another. So while hope is rekindled every training camp, it won’t take much for the fanbase and potentially the organization to backslide into bad vibes.