How is animation different from animated graphics? Each of us has heard such concepts as animation and animated graphics. These terms are very widely used on the Internet. How correctly do such videos relate to websites or entertainment? But Many are wondering if these are different concepts or if they are the same. In this article, we will find out the main difference between animation and motion graphics.

These concepts are very similar to each other and have a common focus. However, there are some slight differences between these concepts. For example, if you want to create such graphics, you need to understand the difference to choose the best option for specialization.

If you just want to decide which video is best suited for your site or application, then you should turn to motion graphics services for help.

Relationship between motion graphics and animation

It’s no secret that these two concepts have an individual connection with each other. For example, you can select a set of tools that specialists use. What is in the first, what is in the second option, video makers prefer to use programs such as After Effects, Cinema 4D, Maya, Illustrator, and Photoshop. When working with animated graphics and animation, the basis is the 12 principles of animation. Therefore, we can conclude that these two concepts complement each other.

Let’s analyze each concept separately. Animation is a term that has been around for over 100 years. It is a general concept to which animated graphics refer.

Of course, CGI is most often used to create animations, but hand-made sketches can also be safely used.

The main difference between animation and other types is the content. As a rule, these are movements of objects, text blocks, or other elements of graphic design. Bringing a graphic, infographic, or web design to life through movement is generally “animation”, but more specifically, it’s a type of animation called motion graphics.

If we talk about animation separately, then it is based on cinematic effects that help attract the attention of the target audience.

For example, if there is a certain subject in your work and you slightly illustrate it, then this is called animated graphics. If you take some human character and show him traveling somewhere and interacting with other objects, then this will already be called animation.

Most often, animations are used to display stories. For example, the famous cinema Pixar often uses animation in their work to show the whole story. Motion graphics can bring statistics to life, but animation can bring characters to life and make a whole story. 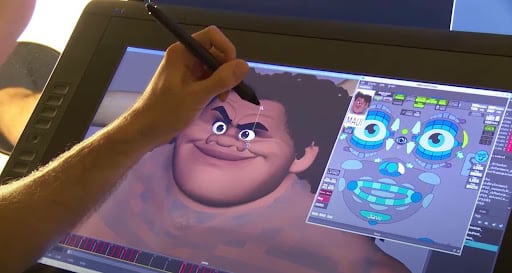 What is animated graphics?

Imagine a situation in which you have your website and you decide to make it more interesting and unique. You decided to make the logo rotate. This is the animated graphics. That is, these are graphics that represent shapes, objects, or text that are in motion.

As a rule, it is used to illustrate their ideas. Sometimes, with the help of a video, you can explain your plan in more detail and clarity than in words.

Summing up, we can say that with the help of an animation, you can fully reveal the desired plot. An example would be a cartoon based on animation. Animation graphics allow you to illustrate certain information in motion. It can be anything, both numbers and a short history of the brand in a couple of frames.

If you need help with animations, then feel free to turn to vue js development services.