Some babies are born with abnormalities and missing parts of their bodies, but having a missing part of their skulls is a massive threat to their life, and may lead to an unfortunate loss for their parents. Good thing is that researchers, engineers, and doctors all worked together to let her have the life that she deserves, focusing on providing a 3D-printed skull to make up for the missing one.

3D Printed Skull for a Newborn: Engineers and Doctors Work to Save Baby 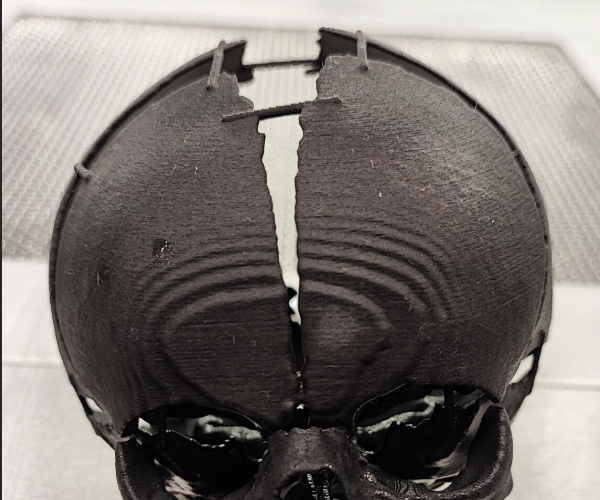 A Polish company called Sygnis made a breakthrough in medical engineering by providing a 3D-printed skull for a newborn that aims to save her life and give her a chance to live further. The engineers and doctors worked at a rapid pace to save the life of the newborn, who after she arrived in this world, was already in critical condition where a part of her skull is missing.

According to Sygnis, neonatal surgeries are delicate, more than adult surgery, and medical professionals should be thinking fast in coming up with solutions as every minute counts after the babies’ delivery. Here, the company developed and delivered a 3D-printed skull for a special case, and turned it over to medical professionals for application via surgery.

This operation did not replace anything, rather, it filled in the gaps for the missing body part that is integral to the baby’s life moving forward.

What Happened to the Baby? 3D Printing Goes a Long Way

The surgery was a success for the newborn, with Sygnis also partnering with e-Nable Poland and Upper Silesian Children’s Health Center (where the surgery was held) to work together in delivering a future for the baby.

Sygnis said that it only had 96 hours to talk with concerned individuals and professionals, along with Pawel Ozga, who was in charge of the imaging segmentation and preparing the 3D model for printing. The team made a skull of the newborn’s occipital bone which was missing upon childbirth.

3D Printing and its Many Applications

3D printing is a way to create something out of nothing, and it makes the needed material accurate up to the smallest detail that users only need schematics to bring the output to reality. However, it is one massive addition to medical technology where researchers and professionals focus on different ways to replace and provide organs for missing ones.

Back in 2015, reports claim that innovations and development on 3D printing are to revolutionize modern medicine by providing needed organs and human body parts that users have a hard time sourcing through donations.

Since then, there are significant developments regarding the use of 3D printers with one venture to make human hearts, which bring the same function as the organic ones that came from a person’s body.

3D printing has many applications in the modern world today, and it does not lie mostly in creating the parts for toys, gadgets, vehicles, and other applications it may bring for all. Different technology made by the many bright minds out there may be applied to saving lives, and one example here is a baby receiving a 3D printed skull for her to start her life.

This article is owned by TechTimes

ⓒ 2022 TECHTIMES.com All rights reserved. Do not reproduce without permission.